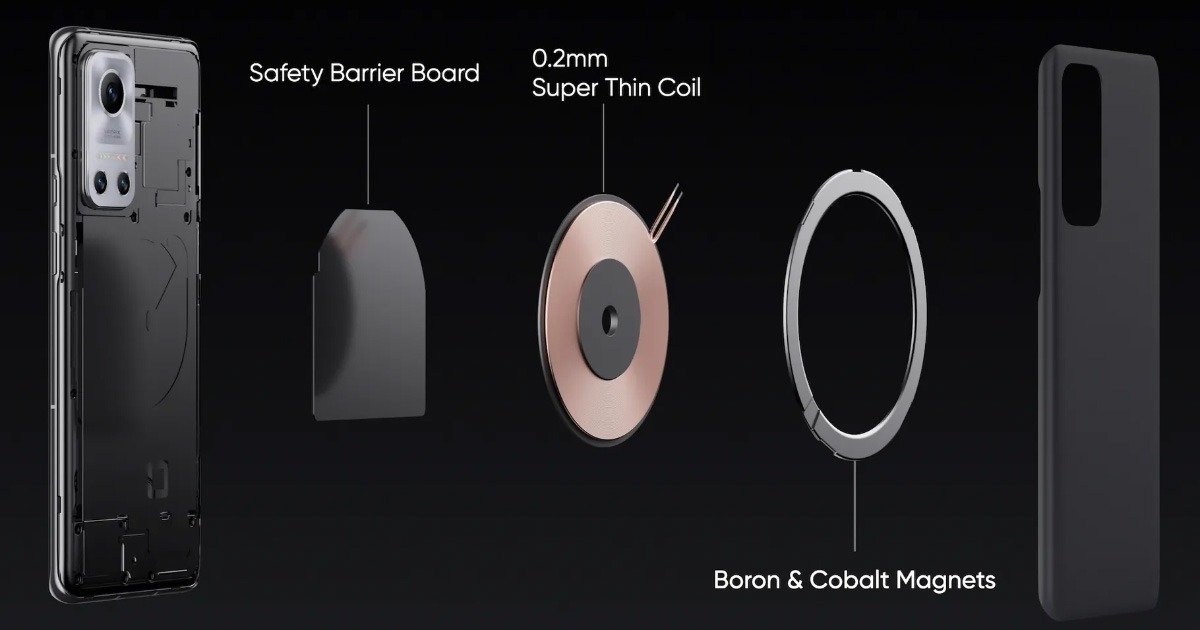 Realme introduced the world’s fastest wireless magnetic charging system. It also unveiled a light for selfie, as well as the charger itself, the adapter, as well as a 2-in-1 powerbank and more accessories.

As 4gnews recently reported, the OPPO sub-brand was working on a new technology, system and accessories for magnetic wireless charging. Now, Realme has introduced the MagDart system, as well as a range of specific devices.

Realme calls this new system MagDart, very similar to the MagSafe that Apple introduced with the iPhone 12 range in October 2020. However, the Chinese manufacturer claims that its implementation is much more powerful than Apple’s already popular system.

In particular, we highlight the MagDart Charger with 50 W of power which, according to the OPPO sub-brand, is the fastest wireless magnetic charger in the world. And indeed, its list of specs is quite impressive.

The MagDart system opens doors to many new accessories

The product itself is particularly thick, it has the appearance of a small cube, the shape of which is justified by the presence of a fan inside. However, despite the fact that the appearance is not the most discreet, Realme guarantees the best wireless charging speeds. Something that should convince consumers and distract from your appearance.

There are new covers, powerbanks, wallets and lights for the MagDart system.

According to Realme, when this MagDart charger is wired to a 65W SuperDart wall adapter / charger, it can charge a smartphone with a 4500mAh battery capacity up to 100% in 54 minutes. Well, it’s essentially the same speed as a conventional Realme fast charger with 50W of power connected via a USB-C cable.

Anyone looking for a fancy new wireless charger, Realme has responded with this product. It’s a less powerful but considerably sleeker 15W wireless charger at just 3.9mm thick.

According to Realme, this 15W MagDart charger can charge a 4500 mAh battery in 90 minutes. It’s comfortable and stylish, very similar to one of Apple’s MagSafe chargers.

As Realme highlights, in addition to the convenience and ease of charging via a wireless charger, the MagDart system opens doors for the creation of various accessories for the smartphone. Well, the manufacturer has several new devices for this purpose.

Nicknamed the MagDart Power Bank, this is Realme’s answer to Apple’s new MagSafe battery pack. However, this product comes equipped with a dock that allows you to use the battery as if it were a base for your phone. In short, it can be used both as a conventional powerbank and as a support for a smartphone.

Real Madrid chokes on the greats: 2-8