Mark Gurman, one of the most respected Apple analysts, advances today with one of the most desired information by iPhone users. According to him, Apple is even testing the adoption of USB-C input on its smartphones.

Said information comes a few days after Ming-Chi Kuo mentioned a similar scenario. This analyst advanced that the iPhone 15 would be the first to have the long-awaited entry for charging and data transfer.

New story: In fact, Apple is planning a switch to USB-C from Lightning for the iPhone, testing future models with the connector and an adapter for older accessories. Move would better unify Apple device charging and comply with the incoming European mandate.

USB-C could reach the iPhone as early as 2023

The information now pointed out by analyst Mark Gurman points to the launch of the first iPhone with USB-C in 2023. In fact, his predictions corroborate the data recently mentioned by his colleague Ming-Chi Kuo.

This move will be the result of the European Commission’s efforts to standardize the smartphone connectivity standard in Europe. The European regulator has defined USB-C as the standard that all devices must meet.

It is not yet clear if the iPhones with USB-C input will be a special version designed for Europe or if they will become the world standard for these devices. The last scenario will be the most desired by all Apple users. 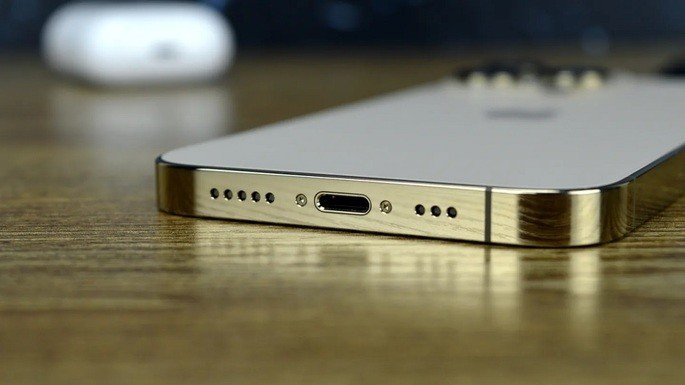 According to Gurman, the first devices with this input will come with a USB-C to Lightning adapter. This accessory will serve to allow the use of older accessories that have the current input used in the iPhone.

The adoption of the USB-C port on the iPhone is one of the oldest rumors about Apple smartphones. Since the American adopted this entry in products such as the iPad and the MacBook, it is speculated that the iPhone will suffer the same fate.

However, American technology has been firm in defending the Lightning input as a connectivity interface on its smartphones. She has publicly stated her reasons for keeping this entry multiple times.

The fact that it is anticipated that Apple is testing iPhones with a USB-C input does not mean that it will launch them on the market. Therefore, this information should be taken into account with great caution and a good dose of restraint from the enthusiasm of the fans.