Currently, there are several smartphones on the market with the benefit of an IP certification, especially on Samsung covers. This seal conveys the image that products can survive in water, however, the message is not always well understood by users.

Samsung was caught up in one such misinformation case and ended up losing the case in court. The result was a fine of 14 million Australian dollars, about €9.1 million.

The case took place in Australia and had as its motto the dissatisfaction of several users regarding the water resistance of their Galaxy smartphones. They alleged that Samsung provided incorrect information about the products sold. 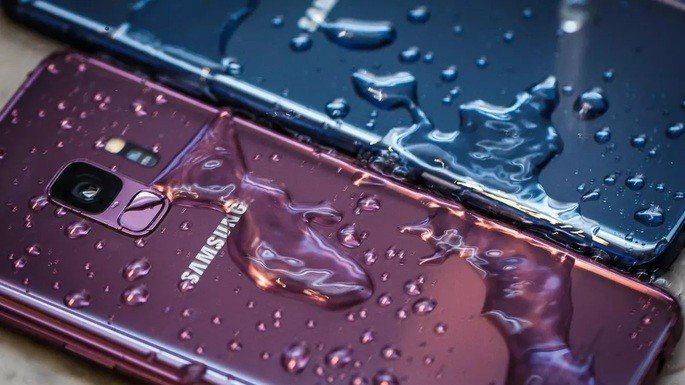 As you may have noticed, the Australian court found Samsung guilty of misleading marketing and sentenced it to pay a heavy fine. A strong penalty for the company to perceive the difference between waterproof and waterproof.

At stake is an advertising campaign developed by Samsung, in Australia, between March 2016 and October 2018. There were nine ads promoting models such as the Galaxy S7/S7 Edge, Galaxy S8, Galaxy Note 8 or Galaxy A5 (2017). ). as suitable for use in swimming pools or salt water.

True to Samsung’s advertising, several users exposed their smartphones to these conditions so that, later, they were left with a damaged product. A discontent certainly generated by the refusal of the brand to activate the guarantee.

Before this event, it is important to remember that the IP68 certification allows a product to be immersed up to 1.5 meters deep for 30 minutes. However, this only applies in natural water.

In swimming pools or salt water, this liquid has other unnatural elements that favor corrosion. If you charge your smartphone while it is still wet, there is a high risk of damaging the product’s charging port.

This is not the first time that legal disputes over intellectual property certifications on smartphones have been discussed. Many believe that this seal guarantees that water will not cause problems for their product, but when this happens, brands find loopholes that allow them to evade activation of the guarantee.

Xiaomi Smart Band 7: some ‘change’ is saved when buying the smartband