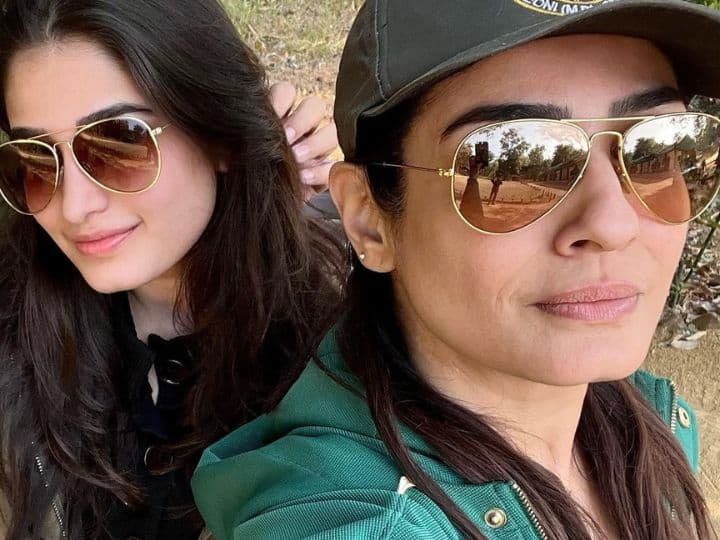 Bollywood actress Raveena Tandon’s name is making headlines for taking pictures and videos in the Satpura Tiger Reserve in Madhya Pradesh. Raveena said Wednesday that she was traveling in a Forest Department-licensed jeep, which was traveling on a designated “tourist road.”

In fact, his statement came as officials from the Satpura Tiger Reserve began to investigate the matter after a video surfaced clearly showing that Raveena’s vehicle during the safari came across a tiger in the protected area that was had approached

Raveena went to the sanctuary on November 22. She tweeted that she went on a safari with trained guides and drivers provided by the Forest Department. Sharing a November 25 video report from a local news channel, Raveena tweeted: “A tiger had approached the deputy ranger’s motorcycle.”

He said: “No one can say when and how the tiger will react. It was a vehicle licensed by the forestry department, accompanied by a guide and driver who are fully aware of their limits and legalities.” Raveena said she and her fellow travelers sat quietly and watched the tigress move forward.

Raveena further said in her talk that “we were on the tourist route, which tigers cross often. The tigress Katie seen in this video also has a habit of approaching vehicles and growling. In another tweet, Raveena, 48 years ago, he said that tigers are the kings of their territory and that they were only “silent bystanders” during the incident.“Any sudden movement can surprise them too,” he said.In a video that has surfaced on social media platforms, it is seen a safari vehicle approaching a tiger.In the video a camera shutter sound is heard and a tiger is seen roaring towards them.This incident took place in the Satpura Tiger Reserve located in the Narmadapuram district of Madhya Pradesh.

Forestry Branch Officer (SDO) Dheeraj Singh Chauhan said on Tuesday that, following the instructions of senior officials, he has launched an investigation into the alleged incident. He said that during Raveena Tandon’s visit to the sanctuary on November 22, her vehicle allegedly collided with a tiger. Raveena shared photos of her visit to the Satpura Tiger Reserve on her social media account. The actress had also shared photos of the tigers, which she had taken during her visit to the sanctuary.