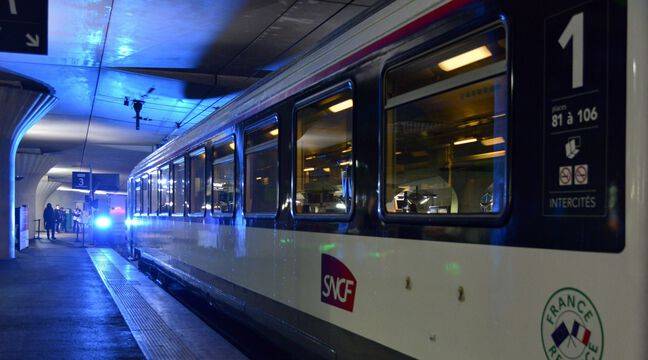 The tragedy that strikes the#Ukraine affects us all. the @groupSNCF and the railway workers stand in solidarity with the Ukrainian refugees.⁰Like our European counterparts, we will allow them to travel free of charge in France on board the TGV and Intercités de @SNCFVoyageurs.

You can also modify your choices at any time via “choice of consent”.

“The drama that is hitting Ukraine affects us all. The SNCF group and the railway workers stand in solidarity with the Ukrainian refugees. Like our European counterparts, we will allow them to travel free of charge in France on board the TGV and Intercités, ”confirmed the CEO of the public group, Jean-Pierre Farandou, on Twitter. It is “natural for the SNCF group to participate in solidarity with Ukrainian refugees”, added a spokesperson, specifying that “the modalities are being worked on and will be specified quickly”.

Referring to the situation in Ukraine, “it was requested in particular to secure the southern route, which allows for example to reach Moldova, so that those who want to leave Kiev can do so in complete safety”, noted Jean-Baptiste Djebbari. This way would make it possible to leave the Ukrainian capital “for part of the diplomatic staff and for the 500 to 700 French people who are now residents of Kiev”, he added.

As for an airlift, there should be no military operations in Ukrainian airspace, he observed.
An airlift would be possible “as soon as a ceasefire is effective and corridors have been created so that planes can fly in a safe manner”, added the minister.

Rana Daggubati lashed out at Indigo for poor service, he made such accusations tweeting

How to safely ride a motorcycle in the rain