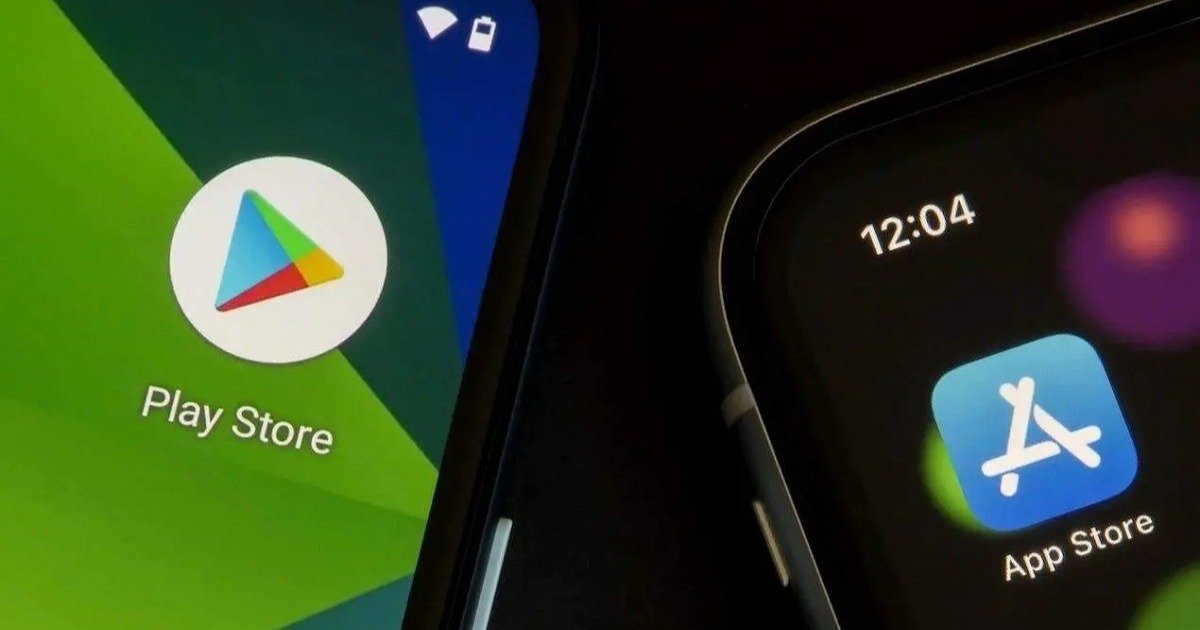 The year 2022 ended a few weeks ago and there are still those who take stock of what happened during that period. Now it’s time to take a look at the balance of the application market for Android and iOS devices thanks to the latest data from Apptopia.

The entity dedicated to monitoring the mobile application market recently revealed the 10 most downloaded during 2022. A new hierarchy that brings an already known winner of those who follow these leads.

The data that Apptopia now publishes was collected between January 1 and December 20, 2022. During this period, we had a clear dominance of the social network TikTok with 672 million downloads on the Android and iOS platforms. 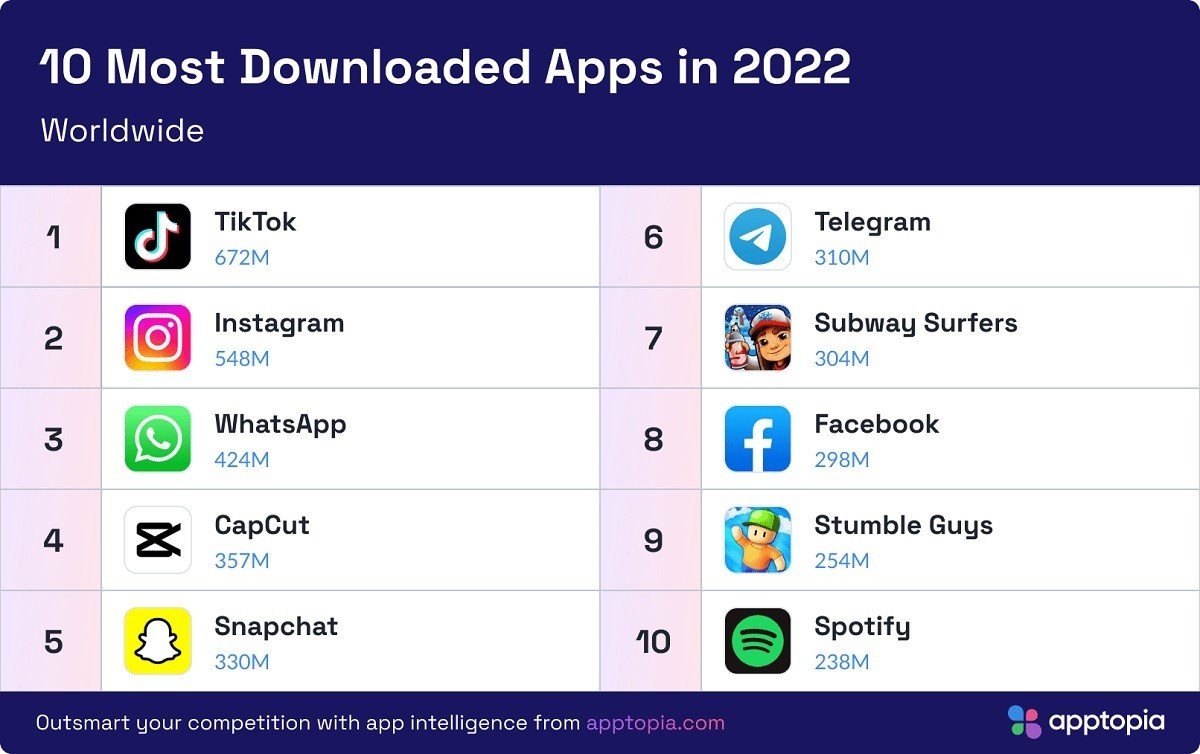 For the third year in a row, we see the app designed by Bytedance receive the award for the most downloaded app in the world. Data that demonstrates the strong popularity that this platform still enjoys, especially among the younger audience.

Next, we have two apps owned by Meta (formerly Facebook). These are Instagram and WhatsApp, which added 548 million and 424 million downloads respectively.

The company led by Mark Zuckerberg is the clear winner of this top-3 by placing three applications in this restricted group. In addition to those mentioned above, we also have Facebook, in eighth place, with 298 million downloads.

In addition to the most popular apps, Apptopia also reveals the most popular games of the past year. At the top of this table we find the classic Subway Surfers, with a total of 304 million downloads, a figure that, by the way, gives it seventh place among the most downloaded apps in 2022. 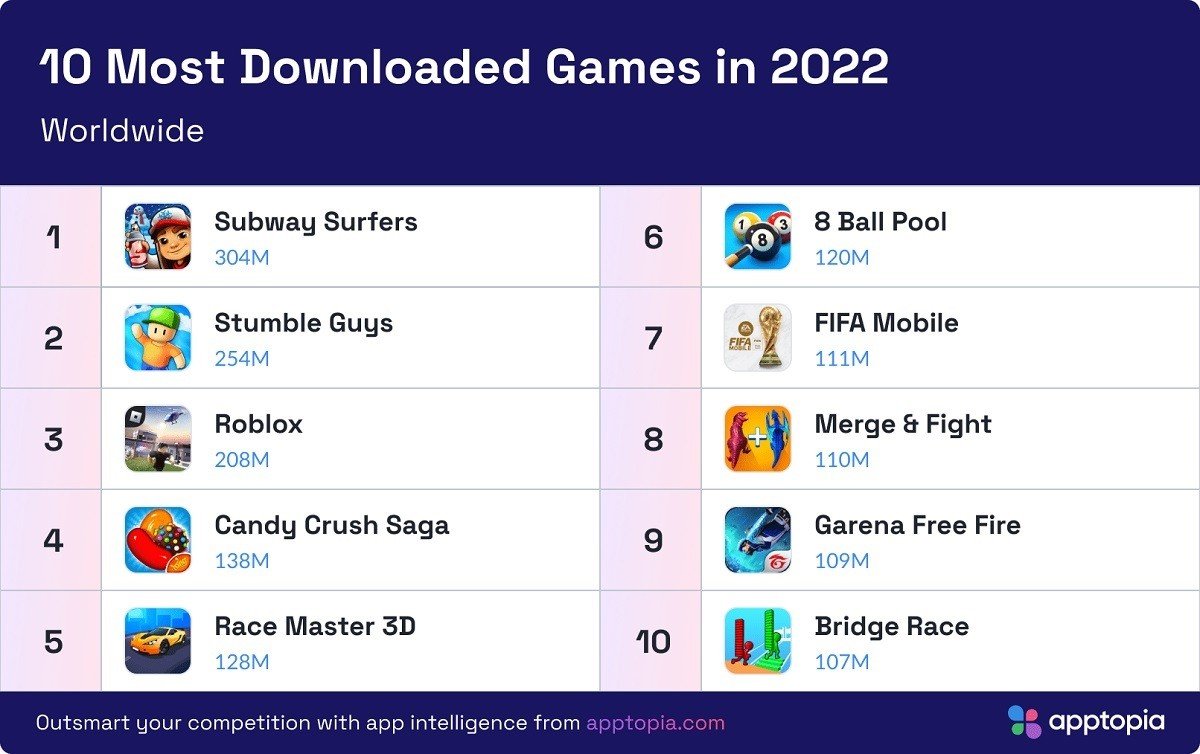 The podium in this category is completed with the presence of the Stumble Guys and Roblox games. These represented, respectively, 254 million and 208 million downloads in the last 12 months.

To ensure the transparency of this data, Apptopia clarifies the lines followed to determine these values. As already mentioned, this is data that includes downloads from the Android and iOS platforms.

The number of downloads recorded in these tables only account for new users. If an app is uninstalled and reinstalled, this value will not be counted for the purposes of Apptopia’s tables.

Also, downloads of any app will not be recorded if the same login information is used, even if this occurs on a new smartphone. Rules that validate the transparency and rigor of the values ​​now revealed.