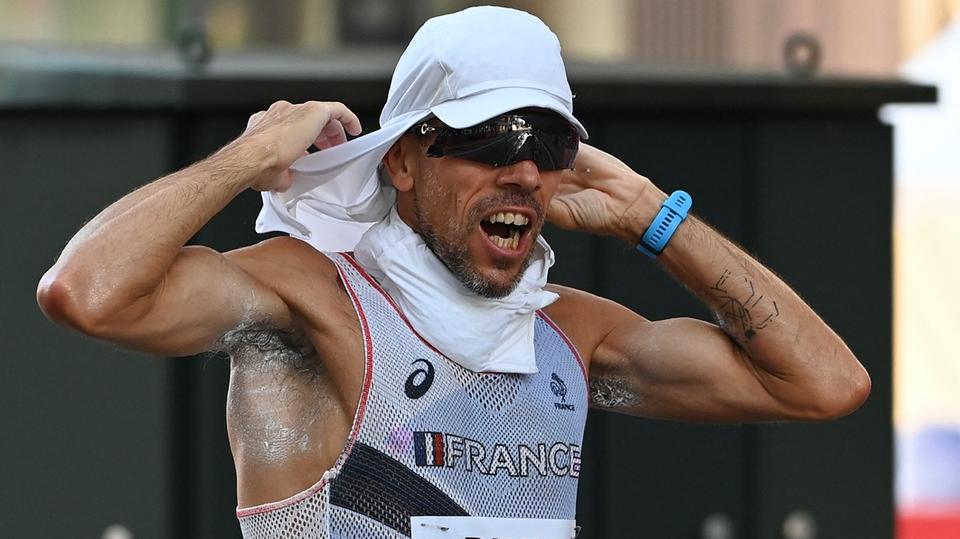 It was the last race of his long career. Yohann Diniz, the 43-year-old French walker, had to give up during the 50 km, on the night of Thursday to Friday at the Tokyo Olympics.

The 2017 world champion and world record holder in the discipline (in 3h32’33) will never have managed to tame the Olympics, after a first retirement in 2008, a disqualification in 2012 and an eighth place in 2016.

Yohann Diniz’s last race was particularly turbulent. First a first getaway launched very early, then an embarrassment caused by gastric problems, (according to World Athletics), which made him stop several times to refuel. He then lost contact with the race leader, but managed to regain his two-minute delay to get back on par, before having to line up again several times. At 28me kilometers and after 2h15 of running, he has retired permanently, sitting on a sidewalk.

“It was too much competition, too many Olympics,” he said. “My stomach hurt, I stopped, after I had to catch up on my delay, I quietly returned to the lead group, but quickly felt that I was tired, that no, I had no legs at all, I had pain in the adductors, my back, I didn’t feel good, I had trouble breathing ”.

“Physically, my body was not responding,” he concluded. The victory went to the Polish Dawid Tomala (3h50’08), ahead of the German Jonathan Hilbert and the Canadian Evan Dunfee.

It was the last 50km walk of the Olympics. In fact, the event will disappear from the Olympic program, to make way for a mixed team format.