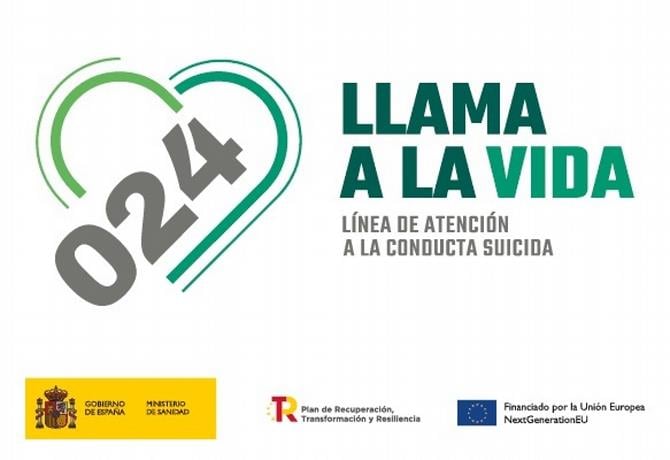 Deputies and senators have claimed this Friday, in a conference held in the Senate, the need for a State Pact against suicide, which produces almost 4,000 deaths a year in Spain, an average of almost 11 people a day.

During the meeting, under the title ‘Mental Health and Suicide: Problems of our society’, political-health profiles, health professionals and representatives of associations of people affected by a mental health problem or relatives of victims of suicide, have reflected on the pending challenges in mental health clinical care in Spain and the search for proposals for agreed recommendations.

Among politicians, the second vice president of the Senate Health Commission, Antonio Román, has urged "continue working to prevent, detect and be able to anticipate suicide and everything that entails". "It is the first cause of violent death in young people", has remembered.

Along the same lines, the president of the Health and Consumption Commission of the Congress of Deputies, Rosa Romero, has indicated that, fortunately, mental health "It has become one of the topics that is being talked about and worked on a lot". At this point, he has detailed that the suicidal thoughts of young people have increased in recent years "up to 10 percent".

"She needs to be talked about a lot", has apostilled Romero has regretted that the COVID-19 pandemic "has increased mental health problems in the general population, and especially in young people". "The figures are alarming. During the pandemic, in which we have seen the weaknesses of the National Health System (SNS), mental health has also surfaced"has warned.

For all these reasons, it has called for measures such as the creation of multidisciplinary teams to address suicide, as well as investing in professionals, but "especially in prevention in different areas, such as the educational community and families".

In addition, it has urged "remove all ideology" in approach to suicide. "The more ideology there is, the less we will focus on solutions, on experts and on patients, who should be the center of the SNS"has assured.

Rosa Romero has asked "involve" to all the actors in the fight against suicide, but has demanded that the Ministry of Health take the lead in this matter, together with the autonomous communities and even the town halls.

"We have to go to a great State Pact. I think something is already happening, because we talk about mental health in a much more normalized way, it is on the streets and in the political debate"has summarized the deputy of the PP.

To clinch things, he has denounced that there is a "shortage of health professionals" in Spain, which is "one of the great challenges" of public health. "That has to go hand in hand with a restructuring of the SNS. We need more psychologists and psychiatrists, in that the Ministry has to lead, because that solution cannot be provided by the autonomous communities. The path and roadmap is very clear. Political parties have to take important steps now"it is finished.

For his part, Julio Torrado, deputy of the PSOE in the Parliament of Galicia and spokesman in the area of ​​Health, has lamented that the policy "has not had among its priorities for mental health". "It has been more prone to focus on what has more media and visibility. It has been a deep mistake"It has been recognized.

Despite everything, he has indicated that there is now a "good opportunity" for suicide prevention. "We have not been completely efficient, we have a big problem ahead. But I tend to be optimistic. There is a national plan that is very good, some very good professionals and we have to focus on that"has pointed.

Regarding the State Pact, Torrado has argued that it is a debate "complex"that "it is possible but not easy". "We have to go to a framework agreement to face and focus the problem with decisions"he has affirmed, although he has admitted that there is a coordination problem between the Ministry and the CCAA to address this problem.

Alberto Catalán, senator from the Unión del Pueblo Navarro (UPN) and spokesman for the Commission for Comprehensive Disability Policies, has detailed that suicide "it’s not going to end"but that it is important to approach it in the correct way. "Compared to traffic accidents or gender violence, suicide, unfortunately, is higher in figures"has explained.

The senator has regretted that suicide is a "taboo". "One of the issues to be addressed is social awareness. People have to know what is going on. Hiding it we get nothing. You have to act with ambition"has exposed

Thus, it has claimed to copy the national strategies of other countries that "Suicides have greatly decreased". "Why can’t we advance in that line and copy models and improve?"has resigned.

To do this, it has pointed to the lack of financing. "The budget issue is essential. If there are no means and resources, little or nothing can be advanced. The Government has a lot to say and do. And above all, lead. The 024 telephone number is not enough. If there is no financing, little can be done"has riveted.

Finally, the general director of Bioinnova Consulting, Borja Smith, has asked "Do not remain impassive in the face of this health problem". "It is very important to dimension and reflect on effective solutions to suicide, which we must face with clarity and efficiency, and also in a courageous way. We need courage and determination in making future decisions to improve the health of citizens in mental health"It’s over