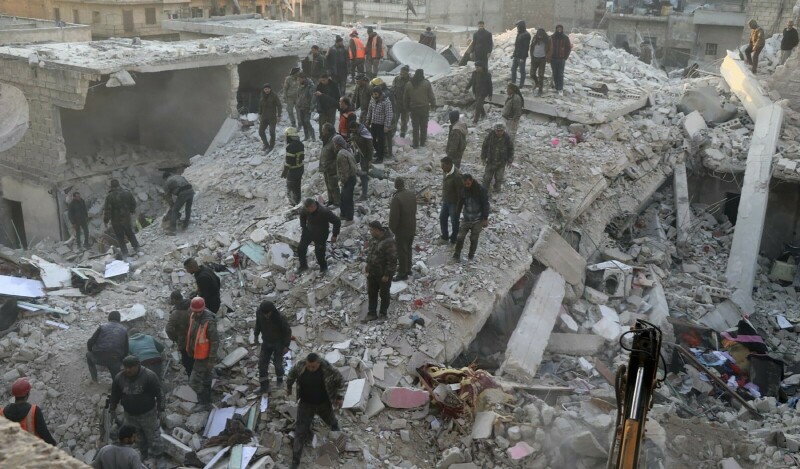 13 people were killed when a five-storey building collapsed in the Syrian city of Aleppo.

According to foreign news agency, a building suddenly collapsed in Sheikh Maqsood Mohalla area of ​​Aleppo on Sunday night, as a result of which 13 people died and 30 people were buried under the debris.

Dozens of firefighters are using heavy machinery to pull out people trapped under the rubble of the building, which has weakened the foundations of the ancient building due to water seepage.

Many buildings in Aleppo are in ruins or in disrepair during the country’s 11-year civil war, which has claimed millions of lives and left half of the country’s population homeless.

It should be noted that the troubled Aleppo is the largest city in Syria and was once its commercial center. The government under the leadership of Syrian President Bashar al-Assad has taken back large areas of Aleppo from armed opposition groups, but Sheikh Maqsood neighborhood is still under the control of Kurdish forces.