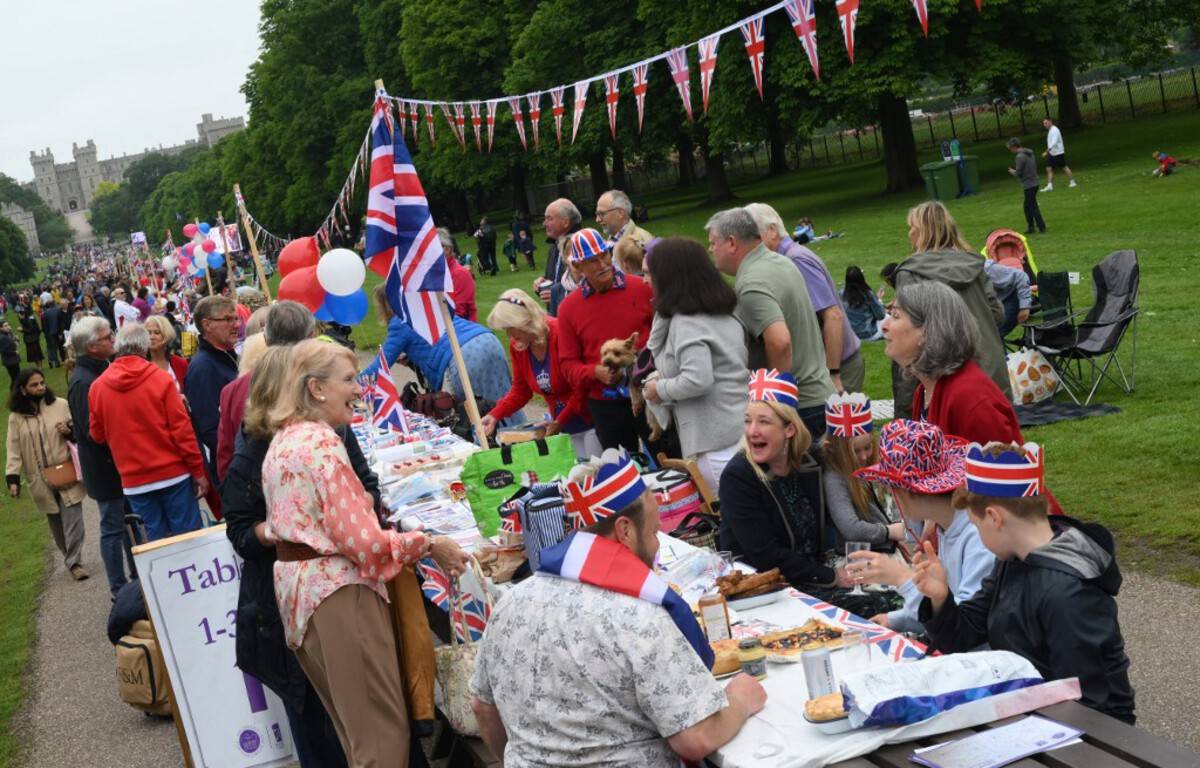 With a huge parade in London and tens of thousands of patriotic lunches between neighbors, the curtain falls on Sunday on the celebrations of the 70th anniversary of the historic reign of Queen Elizabeth II, largely absent due to her declining health.

Buckingham Palace has not said whether the 96-year-old monarch, who struggles to walk, will make a final appearance on Sunday, during the parade which will end outside the palace in the late afternoon.

But Elisabeth II, known for her sense of duty but also her humor, had reserved a nice surprise for her subjects on Saturday evening: she had shot a short video where she takes tea with paddington bear, clumsy icon of British children’s literature. She then beat time with a silver spoon on her porcelain cup, synchronized with the opening of the giant concert which was opening in front of Buckingham Palace. The video, in the vein of the one she shot in 2012 for the opening of the London Olympics, had already been viewed more than 2 million times on Youtube Sunday morning.

This Sunday, thousands of soldiers, dancers, puppeteers and artists will parade through the streets of London to put an end to the celebrations. The 260-year-old golden state carriage used for royal weddings and coronations will open the parade which will celebrate ‘Queen and country’ with a military parade and then ‘the best times of our lives’ ( 70 years of fashion, music and culture), “the life of the queen” in 12 chapters, before a musical finale.

Ed Sheeran must notably perform his famous ballad “Perfect” in honor of the Queen and Prince Philip, her husband who died last year. A giant dragon, seven double-decker buses and corgi dog puppets, the Queen’s favourites, will also be in attendance.

In the golden carriagedigital images will show a 25-year-old Queen Elizabeth on her way to her coronation in June 1953.

Tens of thousands of patriotic lunches

Despite the risk of rain, more than 10 million people have also planned to participate in lunches and picnics between neighbors, joyfully celebrating the historic reign of an extremely popular queen, both close and mysterious, a reassuring symbol of stability. in a century of great upheaval. In Windsor, some 3,000 people are expected around 488 tables on the driveway leading to the castle where the Queen resides.

Many of the participants in the celebrations which lasted four days, taking advantage of a major holiday weekend, were aware of the historical dimension of the moment. Never before has a British monarch reigned for so long and it is unlikely that this record of 70 years of reign will be broken in the future.

“This is a unique opportunity, it will never happen again,” explained AFP Julie Blewitt, 56, who came from the north of England for the festivities. “It won’t be the same without the Queen.”

Elizabeth II appeared on the first day of the festivities radiant but frail, leaning on a cane on the balcony of Buckingham Palace with 17 members of the royal family.

But due to “a certain discomfort”, she was absent on Friday at a religious service in her honor at Saint Paul’s Cathedral. On Saturday, this horse racing enthusiast also did not attend the famous Epsom Derby, which she had hardly ever missed. Her heir, Charles, represents her more and more often.

Transition is underway, and while the Queen has no intention of stepping down, true to her 1947 promise to serve her subjects all her life, she is preparing them for what comes next. “We look to the future with confidence and enthusiasm,” she had written to them before the Jubilee celebrations.

The succession promises to be delicate: Charles is much less popular than his mother, with 50% favorable opinions against 75%. Only 32% of Britons think he will make a good king (YouGov, April 2022). And the monarchy has been challenged during recent trips by members of the royal family, on the slave past of the British Empire.