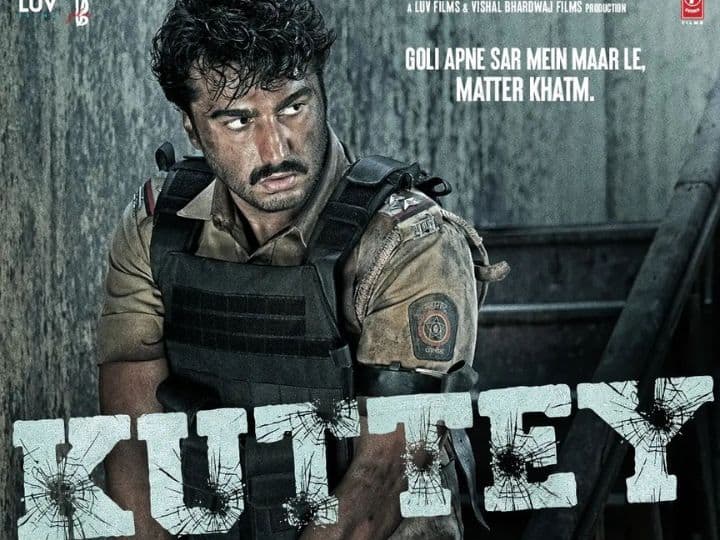 Actor Arjun Kapoor’s film ‘Kutte’, which has long been a topic of discussion regarding its title, was released in theaters on January 13. In the year 2009, veteran director Vishal Bhardwaj’s movie ‘Kaminey’ came along and proved to be a huge hit. Now, after 12 years, Vishal’s son, Aasman Bhardwaj, debuts in the field of directing through the film ‘Kuttey’. In such a situation, we are going to review the movie ‘Kutte’ through 5 points and tell you why you should watch this movie.

In ancient times, it was shown in movies that the hero always does the right thing. He is made only for goodness. But in New Age cinema it is exactly the opposite. Hero is shown to be a bit greedy, evil and deceitful. Vishal’s son Aasman has very well included this theme of New Age cinema in his film ‘Kutte’. Tabu has done a great job in the multi star movie ‘Kutte’. On the other hand, Aasmaan has presented a simple story making it interesting with his directing talent. To be clear, Aasman has carried on the tradition of his father Vishal’s directing in this film. In general, Aasmaan has done a good job on the first film.

Background score has always looked unique and different in director Vishal Bhardwaj’s movies. For example, you can name the movie Kaminey. Similarly, Aasman Bhardwaj has also provided powerful background music for the movie ‘Kutte’. This is also natural because Vishal Bhardwaj himself has worked as the music director on ‘Kutte’.

The story of the movie ‘Kutte’ is the story of three gangs, who go head to head with each other over a ban full of money. Until the first half of the film, all the characters are introduced and it seems that somewhere the ‘dog’ is being left behind. But in the second half, Vishal has strengthened his grip on the movie as all the characters collide with each other. However, even after that, in some places you will feel like the movie is confusing. You’ll have to watch the movie to find out why this happens. In this story-intensive movie, you will also be able to watch black comedy somewhere.

In the movie ‘Kutte’, Bollywood actress Konkona Sen plays the character of a rebel leader, whose name is displayed as Lakshmi. Konkona has paid her rent very well. Konkona’s role in the movie ‘Kutte’ is also being highly praised on social media.

Talking about the stellar cast of the movie ‘Kuttey’, actors like Arjun Kapoor, Konkona Sen, Kumud Mishra, Tabu, Naseeruddin Shah, Radhika Madan and Shardul Bhardwaj are present in this movie. But you will enjoy more watching the character of Naseeruddin Shah in the movie. Which you can also call the most powerful character in the movie. Naseeruddin will be seen winning everyone’s hearts with his amazing acting and dialogues.