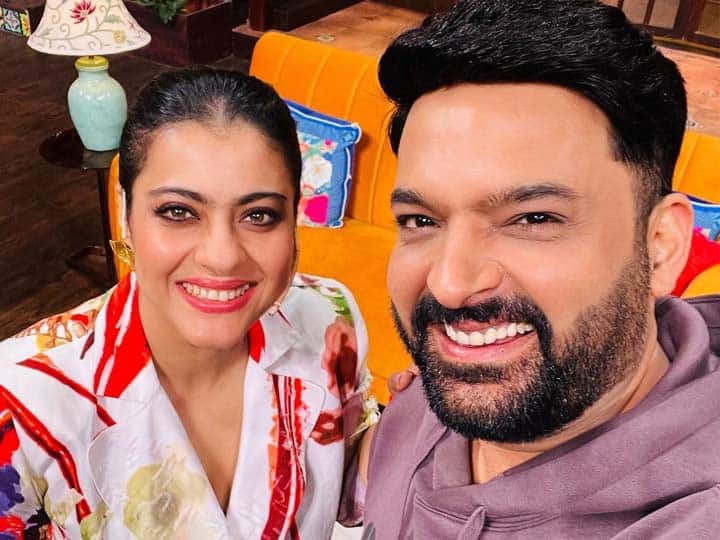 Popular comedian Kapil Sharma’s show ‘The Kapil Sharma Show’ is always up for discussion. In this show, celebrities keep coming to promote their movie or web series. All the actors on the show, including Kapil, have a lot of fun with the guests. Meanwhile, Kapil has posted a photo of himself with actress Kajol, which is highly appreciated by fans.

Kapil Sharma has shared a selfie photo on his Instagram account, in which he is seen with Kajol. In the picture, Kapil looks handsome in a light purple hoodie, while Kajol looks gorgeous in a casual white floral print suit. Kapil clicked on these images. While sharing the photos, he wrote in the caption: ‘Everyone’s favorite Kajol. Congratulations ma’am for Salaam Venky.

Comedian Kapil Sharma shared this photo on his Insta Story and wrote in the caption, ‘With my favorite of all time.’ Along with this, Kapil has also edited the song ‘Jara Sa Jhoom Loon Main’.

These days, Kajol is eagerly awaiting the release of her new movie Salaam Venky. She has been busy promoting this movie vigorously for the past few days. It is directed by Revathi who was an actress in the 90’s. Vishal Jethwa will be seen in the role of Kajol’s son in ‘Salaam Venky’. Prior to this, he worked with Rani Mukherjee in the film Mardaani 2. ‘Salaam Venky’ will be released on December 2, 2022.

If the reports are to be believed, Kajol will also be seen in the debut film of Saif Ali Khan’s son Ibrahim Ali Khan. Kajol is said to have a major role in this film and this film will be released next year i.e. 2023. Karan Johar is producing this Ibrahim Ali Khan debut film.