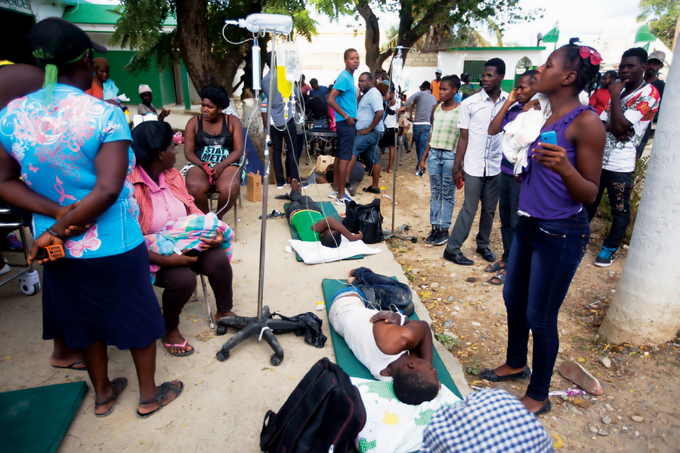 Almost four months after its reappearance in Haiti, the number of victims of cholera has risen to 496 deaths, the Ministry of Public Health and Population (MSPP) reported this Saturday.

The country has already registered 25,182 suspected cases and 21,407 hospitalized73 of them new, while 312 of the 496 deaths occurred in health institutions and another 184 in communities.

The health authorities assure, in a bulletin, that the average age of those infected is 19 years old and the positivity rate is 37.25%.

56.60% of the accumulated suspected cases are men and the rest are women. The most affected age group is 1 to 4 years, with 374 confirmed cases out of more than 3,000 suspected cases.

The most affected department is the West, where Port-au-Prince is located and more than a third of the population lives, with 1,155 confirmed cases out of 16,408 suspects.

The World Health Organization (WHO) warned last week that the world is suffering an unprecedented number of cholera outbreaks in countries affected by climate disasters and other crises, while vaccines to prevent this disease have become "extremely rare".

Palou: “If there is an opportunity in F1…”