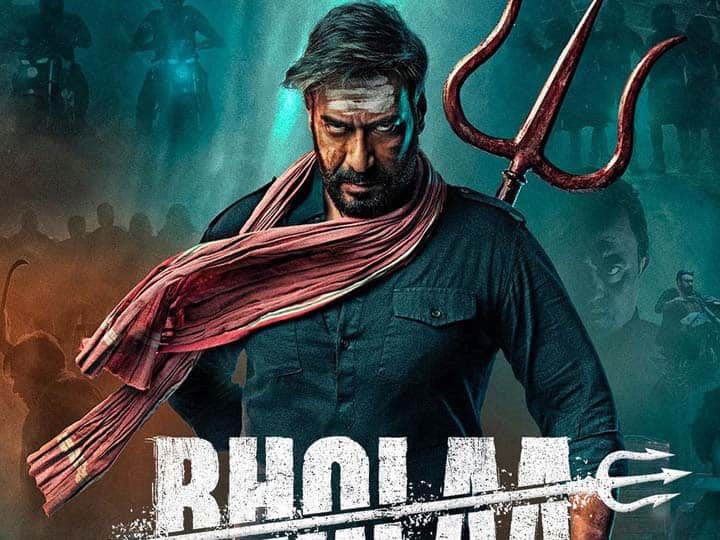 Bollywood actor Ajay Devgan is making headlines these days for his new movie Bhola. Ajay Devgan will be seen in a different avatar in this movie. Ajay Devgan’s appearance in the film has been revealed. Fans are eagerly awaiting the release of the film. For his part, Ajay Devgan has released a new poster for ‘Bhola’, in which he has brought out his dangerous look.

Ajay Devgan has shown a sneak peek of the new ‘Bhola’ poster on his Instagram account, in which it can be seen that Ajay Devgan has put ashes on his forehead and kept a trishul on his back. He looks very angry. The fierce avatar of him is well loved by fans.

Ajay Devgan has shared new information related to the movie teaser with the ‘Bhola’ poster. He said in the caption that the second trailer for the film will be released on January 24. It is known that Tabu will also be seen in this movie. He will be seen in the role of a police officer. Prior to this, Tabu played the role of a police officer in ‘Drishyam’ and ‘Drishyam 2’. The director and producer of this film is Ajay Devgan himself.

Let’s say ‘Bhola’ is the official Hindi remake of South’s hit movie Kaithi. This movie will hit theaters on March 30, 2023. It is discussed that Abhishek Bachchan can also be seen in this movie. However, no information about his role has been revealed yet. Last year Ajay Devgan’s ‘Drishyam 2’ was released which earned a lot at the box office. This film has grossed over Rs 250 crore so far.

Roche expects lower results in 2023 due to lower Covid products