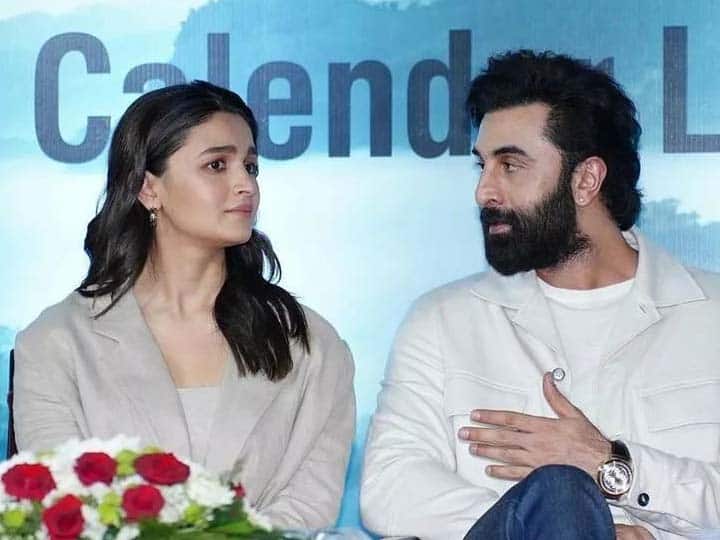 Alia Bhatt and Ranbir Kapoor attended a calendar launch event at the Mumbai Press Club on Wednesday. During this time, images and videos are going viral on social media. A video of the event has surfaced, in which Alia Bhatt is seen singing the song, but she forgets the lyrics in between. However, meanwhile, Ranbir Kapoor reminds Alia of the lyrics and then she sings the song.

In the video, Ranbir Kapoor can be seen asking his wife Alia to sing a song in a funny way. After this, Aaliya takes the mic in her hand and laughs and says why do you always ask me to sing, son, sing. Ranbir Kapoor says smiling son sings the song.

After this, Alia starts singing the song Kesariya from her movie Brahmastra but forgets the lyrics in between. Then Ranbir Kapoor says the lyrics softly in Alia’s ear and she completes the song. Meanwhile, Ranbir Kapoor and the media people are cheering for Alia.

At the event, Ranbir Kapoor tells that a few years ago he considered the paparazzi and the media as his enemies. He says: ‘To be honest, when he was young, he always had a figure of 36 with the media and paparazzi. At that time I was not smart, so it seemed that these people are my enemies. Whatever I do, these people are exposing me, but when I got older, I understood that my job is to act and your job is to take pictures. This is a relationship, which must always continue.

Talking about the work front, two Alia Bhatt movies will be released back to back, namely ‘Rocky Aur Rani Ki Prem Kahani’ and ‘Heart of Stone’. At the same time, Ranbir Kapoor will be seen in ‘Animal’ and ‘Tu Jhoothi ​​Aur Main Makkar’. She will play in theaters in the movie.