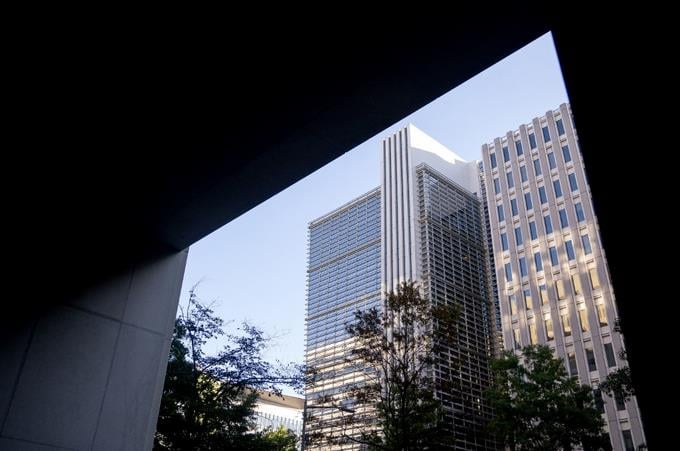 World economic growth may fall to the point of "dangerously close" recession in 2023, the World Bank (WB) warned on Tuesday, cutting its forecasts due to high inflation, rising interest rates and Russia’s invasion of Ukraine.

The agency’s economists warn of the risk of a global economic downturn as countries battle rising costs and central banks simultaneously raise interest rates to cool demand, which in turn worsens financial conditions in amid the disturbances caused by the war in the Ukraine.

The latest WB forecasts point to a "sharp and lasting slowdown"with global growth of 1.7%, roughly half of what was forecast in June, according to the latest report from "World economy perspectives".

"I am very concerned about the risk of a persistent slowdown. According to our estimates, world growth between 2020 and 2024 will be less than 2%. This is the weakest growth in five years since 1960"explained the president of the World Bank, David Malpass, at a press conference.

This very low growth forecast for this year is comparable only to the pandemic-induced recessionary period in 2020 and the global financial crisis of 2008-2009.

"Given the fragile economic conditions, any new adverse event (…) could send the world economy into recession", according to the WB. Among these factors, he cites higher-than-expected inflation, sudden rises in interest rates or a return of the pandemic.

In advanced economies like the United States, growth will likely fall to 0.5% in 2023, 1.9 percentage points below previous forecasts. Meanwhile, the eurozone is expected to stagnate.

For China, the bank forecasts growth of 4.3% this year, 0.9 percentage points less than what was estimated in June.

prospects are "especially devastating for many of the poorest economies"the bank added.

"Emerging and developing countries face a period of many years of slow growth weighed down by heavy debt burdens and weak investment"Malpass warned.

"The three main engines of global growth – the United States, the euro zone and China – are experiencing pronounced weakness, with adverse repercussions for emerging market and developing economies"the bank added.

Although expected to decline, inflation will remain above pre-pandemic rates, according to the bank.

Growth, though weak, does not predispose to a recession, said Ayhan Kose, director of the World Bank’s Outlook research group.

But "in the short term, we focus on the risk of possible financial stress, if interest rates rise further in the world"he told AFP. If this happens and also inflation persists, "could trigger a global recession".

One of the most affected areas is sub-Saharan Africa, which concentrates around 60% of the population in extreme poverty in the world. It is forecast to grow on average 1.2% this year and in 2024.

The slowdown in 2023 will be explained by "the efforts of the region’s monetary authorities to contain inflation and contagion effects" of the fall in global growth, said the World Bank.

A slow growth outlook in the United States and China will reduce demand for regional exports in 2023. It will also affect the rise in US interest rates.

High commodity prices have been a boon for the Latin American region, but they are expected to fall over the next two years, except for some fossil fuels.

Domestic sources of growth are not buoyant either. Investment, which acts as a motor, is depressed, partly due to "domestic political uncertainty in most of the largest economies". And consumption will suffer as prices rise faster than wages in much of the region.

Smart home appliances do dumb things to check the internet