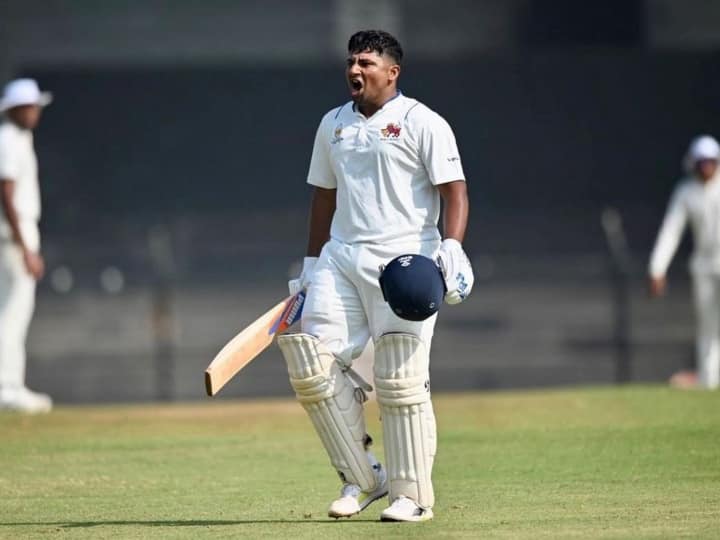 One name is heard a lot these days in Indian cricket. This is the name of Mumbai’s middle order batsman Sarfaraz Khan. There are ongoing discussions about Sarfaraz Khan that he should be included in the Indian Test team. It was previously expected that he would get a place in the Test series against Australia, but this did not happen. Now, after the injury of the team’s star batsman, Shreyas Iyer, there is speculation again that Sarfaraz may be included in the India squad as Iyer’s replacement.

Sarfaraz has been a brilliant performer in the Ranji Trophy for the past three seasons. However, Sarfaraz Khan will not be playing in the 2022-23 Ranji Trophy league final round starting today. According to the report, he had a fever before the match, thus he was not included in Mumbai’s playing XI. In such a situation, nothing can be said about the selection of him.

Not seeing Sarfaraz Khan in the Indian Test team, many cricket experts and former Indian players had come forward with their opinion. Everyone believed that Sarfaraz should have been given a chance in the team. But now a new hope has arisen for him to have a chance.

After Shreyas Iyer’s injury, Sarfaraz Khan is believed to be able to replace him. However, there is no official confirmation about it as of now. Let us tell you that the test series between India and Australia will start from the 9th of February. The first match of the series will be played from February 9 at the Vidarbha Cricket Association Stadium in Nagpur. Subsequently, the second game will be played from February 17, the third from March 1 and the fourth from March 9.

Sarfaraz Khan has so far scored 556 runs in 9 innings from 6 matches at an average of 92.67 in the Ranji Trophy 2022-23 season. During this, a total of three centuries have come out of his bat. Seeing this performance by Sarfaraz, he is required to be included in the Indian Test team. Before this, his bat was also good in two seasons. Talking about Sarfaraz’s first-class career, he has scored 3505 runs in 37 matches at an average of 80. During this, 13 centuries and 9 half-centuries have come off his bat.