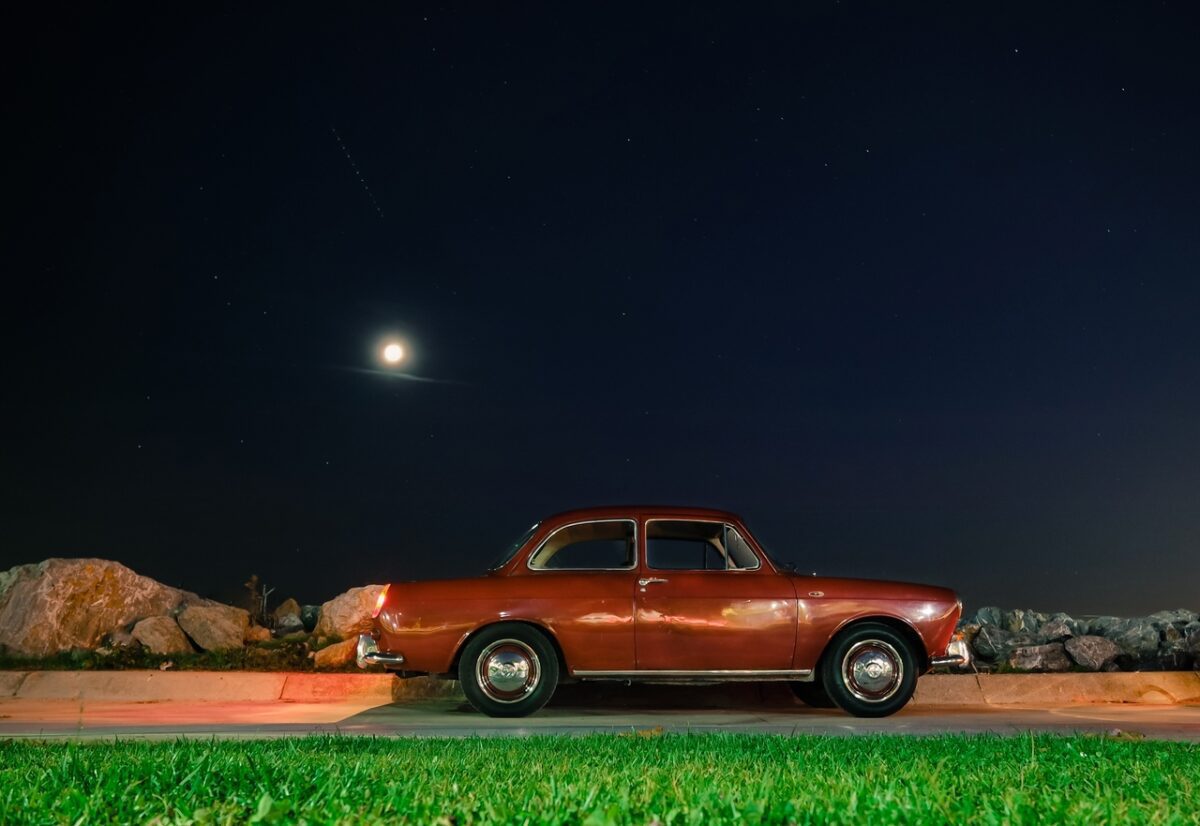 Why does the moon follow you when you drive?

If you’re driving and you see the moon in your rearview mirror, it appears to be following you. As far as you go, the Moon is there, undisturbed. It’s not the same with any object you see in the rear view mirror, everything recedes as you go

It’s an optical illusion. The moon is far away compared to anything else you see when you drive, like telephone poles that seem to fly past your car as you drive down a road.

The Moon is so far away that its size and shape in the sky doesn’t change as you move away. Walking a kilometer away is insignificant compared to the distance that separates you from the Moon. That’s why it seems to follow you.

Why do we see the moon during the day?

we think about Moon as a nocturnal object because we are often shown that way in books and movies. We even use the Sun as a symbol for the day and the Moon for the night. But the Moon actually spends almost as much time in the daytime sky as it does in the night sky. We can see it during the day for the same reason we can see it at night: because it reflects sunlight.

Let’s think about why we can see the Moon at night. Unlike our Sun, the Moon does not create its own light. We can only see it because sunlight reflects off its surface. The same thing happens during the day, and unlike the stars that are still up there during the day, but we can’t see them because the sky is too bright and we don’t get the light they produce, the Moon is really bright. enough so that you can see it day or night as long as it is in your view of the sky, that is, the Earth is not hiding it.

During a Full Moon, the Moon is opposite the Sun in the sky. As the Earth rotates, the Moon rises as soon as the Sun sets, but only on that day of the month. In the days leading up to the Full Moon, if you look at the eastern sky, you can find the nearly full Moon rising before sunset. And in the days after the full moon, you can look at the western sky and find the moon setting after the sun has risen.

Stunning photos of the Moon taken by NASA

What are the gray parts of the Moon?

With the naked eye, you can see the dark gray areas on the surface of the Moon, which are cooled lava called maria.

The Moon has 26 seas, they are immense deserts. They were so called because ancient astronomers believed that these characters would be like Earth’s seas.

In reality, they are immense valleys without craters or, in some cases, they are very few. The predominant material in these extensions is basalt, which is believed to have ‘filled in’ these valleys during massive eruptions on the Moon’s near side.

The side of the Moon that we see from Earth. NASA/GSFC/Arizona State University

Economic Crisis Bangladesh: Roads of Bangladesh covered in blood, but hundreds of people came out of their houses in a rage, what is happening in the neighboring country?