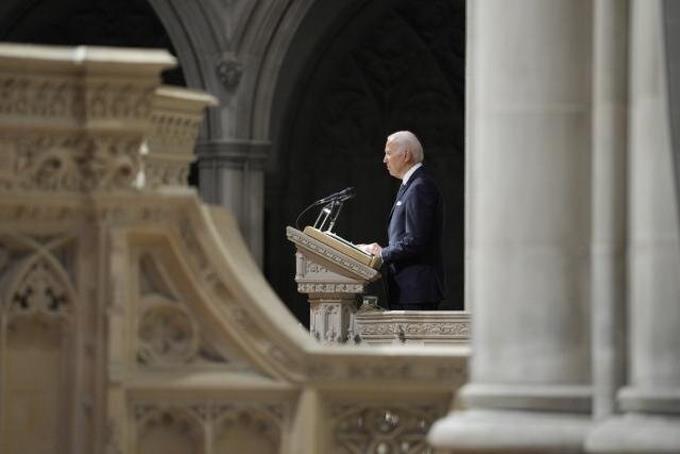 In a statement, Sauber said that "the president and his lawyers acted quickly upon the discovery of this error".

The president’s lawyer added that Biden takes very seriously what is referred to "information and classified materials" and recalled that they have been cooperating from the moment they informed the National Archives that "a small number of documents were found" and that they will continue to do so.

The Secretary of Justice of the United States, Merrick Garland, announced this Thursday the appointment of a special prosecutor, who will be Hur, to study all the classified documents that have been found in the homes and offices of President Biden.

That prosecutor shall not be subject to the daily supervision of any Justice Department official, but shall comply with the "regulations, procedures and policies of the same"Garland pointed out in a press conference.

Through a statement, Hur himself assured that he will lead the investigation "with a fair, impartial and dispassionate judgment". "I intend to follow the facts quickly and thoroughly, without fear or favoritism, and I will honor the trust placed in me to perform this service."he added.

Garland made the announcement after the White House and Biden himself confirmed the discovery of new classified documents from the time he was vice president (2009-2017) in one of his mansions in Delaware (USA).

Those documents were found after similar ones were discovered in Biden’s private office at the Penn Biden Center think tank, a place that "was not authorized for the storage of classified documents"Garland said.

Biden assured this Thursday that he is convinced that the conflict generated by the classified papers will be resolved.

"Everything will become clear, I’m sure"the president pointed out, minutes after the White House confirmed that his legal team had found new classified documents.

The lawyers of the Presidency made a search, in collaboration with the Department of Justice, in Biden’s private residences in Wilmington and Rehoboth beach, in Delaware, the White House admitted this Thursday.

The lawyers discovered political and personal papers along with a series of classified documents. All but one of the papers were found in a storage space in the garage of Biden’s Wilmington residence, while one, a single page, was found in an adjacent room. Nothing was discovered at the beach house.

The reason for these searches, the content of the documents and who decided to send them to those places is unknown.