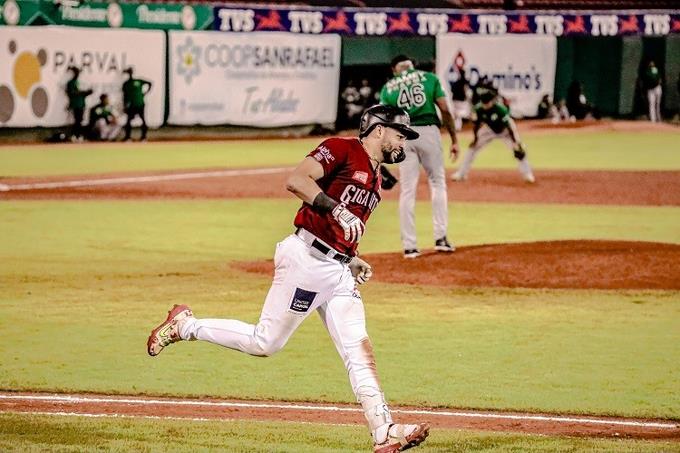 Webster Rivas hit a homer, double, single and drove in four in the 11-2 victory of Gigantes del Cibao over Estrellas Orientales this Monday at the Julián Javier stadium.

With the win, the Giants break a losing streak of two losses and get their 18th win of the season (18-19).

Angel Sánchez (0-0, 1.29) for Gigantes del Cibao, only worked three innings of two hits and one earned run. Enrique Burgos (2-0, 0.00), earned his second win of the season and continues without allowing earned runs.

For the Stars Oscar De La Cruz (0-1, 2.81), was on the mound for three innings and two thirds, five hits, four runs, two earned, two walks and charged with the loss.

The Orientals scored on their first chance at bat, Edward Olivares doubled and Christian Pache scored from third.

In the bottom of the first, the Gigantes with a single by Tito Polo drove in their first run and Kelvin Gutiérrez with a sacrifice fly drove Polo from the third, 2-1.

In the fourth, Lewin Diaz singled to left field for the second and final run for the Greens, who also recorded four errors.

The Gigantes, with a double by Webster Rivas and Iván Castillo with a ground ball and an error by the shortstop of the Stars, drove in two more, 4-2.

The fifth episode was the most productive for the homeowners with five runs, Tito Polo scored with a wild pitch, Luis Liberato with a single produced the sixth and Webster Rivas with a three-run homer, comfortably extended the score to 9-2. For Rivas, it was the first home run of his career at Lidom.

Luis Liberato, singled in the sixth and an error by the eastern shortstop allowed Tito Polo and José Siri to score two more rounds for the national champions.

The national champions will be visiting Tételo Vargas tomorrow and will face the Estrellas Orientales again at 7:30 pm, Yordi Cabrera (0-0, 0.00), will be the starter for Gigantes del Cibao.