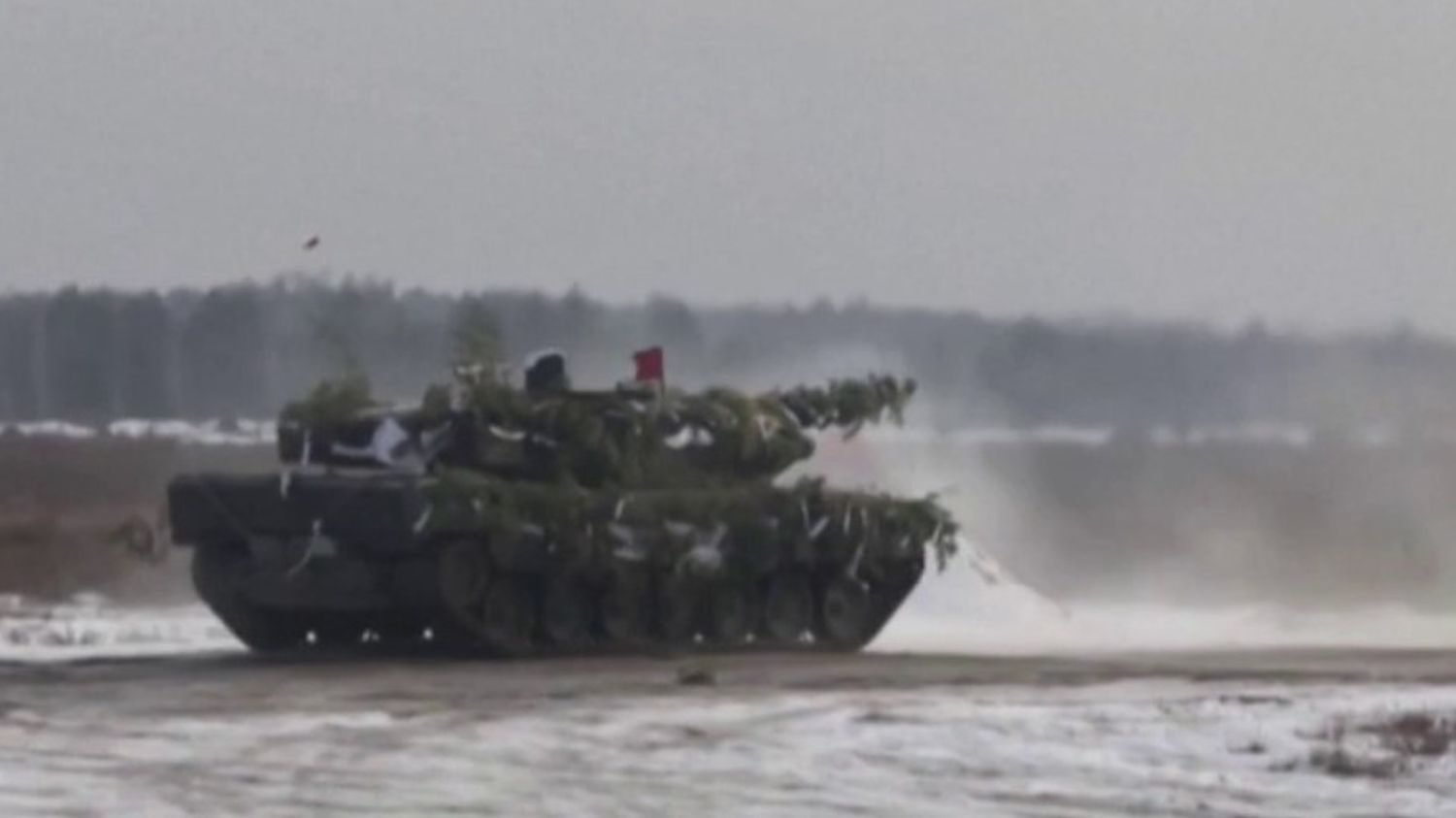 Under pressure for days, Germany half-opened, on Tuesday January 24, the way to an authorization for the allied countries to deliver Leopard 2 heavy tanks to Ukraine. It promised to respond “with due urgency” to a request in this sense from Poland, while kyiv insistently demands these German-made tanks. German leader Olaf Scholz is due to speak at midday on Wednesday before the lower house of the German parliament and is expected to officially announce Berlin’s response, two German media reported. Spiegel and the NTV news channel.

“Discussions must end with decisions”urged Ukrainian President Volodymyr Zelensky on Tuesday evening. “The allies have the required number of tanks” necessary for the Ukrainian army to overthrow the troops in Moscow, he declared in his daily address, hammering that “needs are greater” that “five, ten or fifteen chariots”.

So far, Finland and Poland have said they are ready to deliver Leopard 2 tanks to kyiv. Warsaw, which wants to create a “coalition of countries supporting Ukraine with Leopard 2 tanks”, has officially sent a request to this effect to Germany, the receipt of which was confirmed by Berlin on Tuesday. Polish Prime Minister Mateusz Morawiecki said he hoped for a quick response, regretting that “the Germans delay, procrastinate, act in a way that is difficult to understand”. In Berlin, German Defense Minister Boris Pistorius said he had “expressly encouraged partner nations that have Leopard tanks ready for deployment to train Ukrainian forces on these tanks”, during a press conference in Berlin with Jens Stoltenberg, NATO Secretary General.

“Such deliveries” would leave “an indelible mark”warned, on the Russian side, the spokesperson for Vladimir Putin.

Top officials sacked as Ukraine is caught up in corruption

Four Ukrainian deputy ministers, including Defense Minister Viatcheslav Shapovalov, as well as five governors and other officials, had to leave their posts. The reason: a corruption case involving army supplies. In addition to the Deputy Minister of Defence, that of Social Policy and two others of Territorial Development were removed from their posts, while other dismissals had already recently taken place in Ukraine, a country ranked 122nd out of 180 on the Corruption Perceptions Index of the NGO Transparency International in 2021.

On Sunday, Deputy Infrastructure Minister Vassyl Lozinsky was arrested on charges of receiving a $400,000 bribe for “facilitate” buying generators at inflated prices, as his country faces widespread power cuts following Russian strikes on energy facilities. In his evening address, the President, Volodymyr Zelensky, also defended decisions “required” to get “a strong state”.

Two Britons killed in Ukraine, announces the family of one of them

Two Britons who left as volunteers in Ukraine were killed in the town of Soledar, the family of one of them announced. “It is with great sadness that we announce that our beloved Chrissy was killed alongside her colleague Andrew Bagshaw as they attempted a humanitarian evacuation from Soledar, eastern Ukraine”said the family of Christopher Parry in a statement sent by the British Foreign Office. “He couldn’t resist going to Ukraine in March at the darkest moment at the start of the Russian invasion to help those who needed it most, saving over 400 lives and many abandoned animals.” , she added.

Christopher Parry, 28, and Andrew Bagshaw, 48 and residing before the war in New Zealand, according to media there, had been missing for several weeks. The leader of the Wagner group, Evguéni Prigojine, declared on January 11 that his fighters had found the body of one of them in Soledar.

Russia gives first report of strikes on its own territory

Twenty-five people killed and nearly 100 others injured. For the first time since the start of the Russian offensive in Ukraineon February 24, 2022, Moscow officially communicated a human toll, attributed here to Ukrainian strikes on the border region of Belgorod. “Ukraine, the enemy, is bombing peaceful villages. We have 25 people killed and 96 injured“, said the governor of the region, Vyacheslav Gladkov. He was speaking during an interview with Vladimir Putin, broadcast on Russian public television.

Russian athletes should not be able to participate in the Paris Olympics in 2024, Ukrainian President Volodymyr Zelensky has asked his French counterpart Emmanuel Macron. “I particularly insisted on the fact that Russian athletes should not have their place at the Paris Olympics”he said on Telegram, after a telephone interview with the French head of state.

After the start of the Russian offensive in Ukraine on February 24, the International Olympic Committee (IOC) quickly sanctioned Moscow, as well as Minsk, capital of Belarus, an ally of Russia.