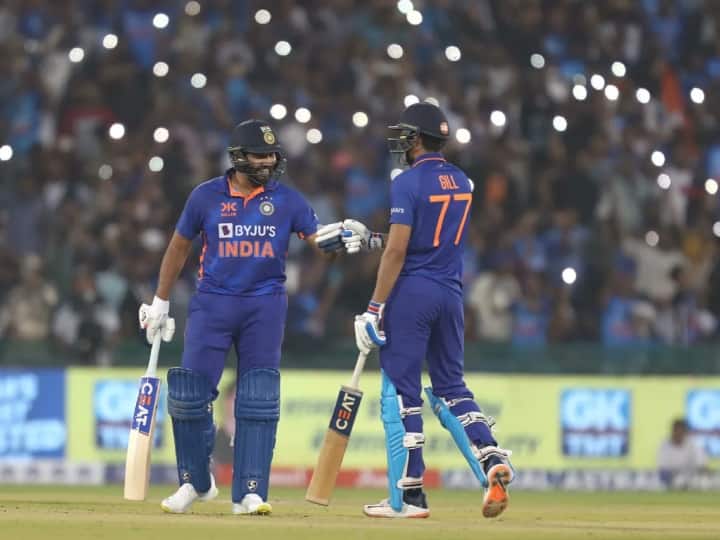 India beat New Zealand by 8 wickets in the Raipur ODI. In this way, the Indian team clinched an unbeatable 2-0 lead in the 3 ODI series. However, following this victory, a light show was staged at the Raipur stadium. At the same time during this light show, Chak De India’s song was played in the stadium. The video of the light show at the Raipur stadium is going more and more viral on social media. Social media users are constantly giving their opinion on the video.

The second match of the 3 ODI series between India and New Zealand was played in Raipur. By winning this match, Rohit Sharma’s team took an unquestionable lead in the series. In addition, the fans enjoyed the light show after the game. On the other hand, speaking of this match, the Indian team easily defeated the Kiwi team. Earlier, Indian team captain Rohit Sharma won the toss and decided to field. Batting first, the New Zealand team batsmen disappointed. Conditions were so bad that 8 New Zealand batsmen were unable to cross double figures. As a result, the New Zealand team was reduced to just 108 runs.

Captain Rohit Sharma played a 51-run innings for Team India. The Indian captain scored 51 runs off 50 balls. He hit 7 fours and 2 sixes in his innings. Apart from this, Shubman Gill scored 40 runs while Ishaan Kishan came back unbeaten with 08 runs. Shubman Gill hit 6 fours in his innings. While Virat Kohli scored 11 runs. Talking about Indian bowlers, Mohammed Shami was the most successful bowler. Mohammed Shami took 3 wickets for 18 runs in 6 overs. Apart from this, Hardik Pandya and Washington Sundar got a 2-2 success. While Mohammad Siraj, Kuldeep Yadav and Shardul Thakur took 1-1 wickets on his behalf. However, with this victory, Team India won the series. At the same time, the last match of the series between the two teams will be played on January 24 at the Holkar Stadium in Indore.