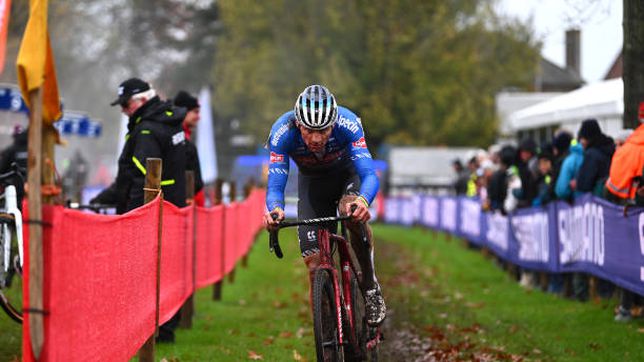 Mathieu Van der Poel made a triumphant return to cyclocross with his victory at the Hulst World Cup event. A victory that makes Van der Poel smile again on the mud after the Dutchman achieved his first victory in the discipline since he was proclaimed world champion in Ostend in January 2021 and after a 2022 season in which he only participated in two races on the mud.

However, in his statements after the race Van der Poel was self-critical and believes that he still has to improve more for the next races. “I still need to train more and compete in more races to be on top. This victory is very exciting, it had been a long time since I had won a cyclocross race”.

Van der Poel makes this criticism because he hopes to be in the top positions in the big cyclo-cross events that take place during Christmas. “Technically I made several mistakes, but it is still normal. I must train more to improve my technique. My condition is good after a great preparation and I want to be among the best during the Christmas races”.