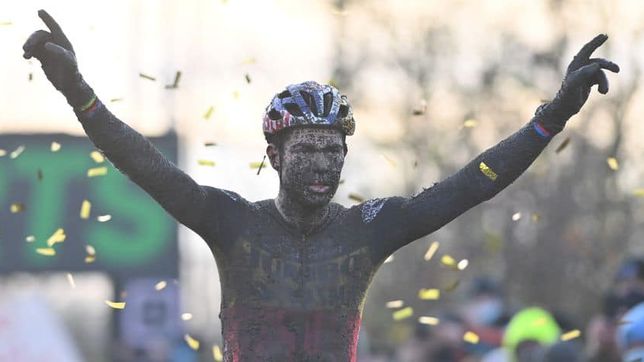 Wout Van Aert is already looking at his return to cyclocross after a great season 2022 that he could not close with the world road title that his compatriot Remco Evenepoel took.

The Belgian cyclist gave an interview to Sporza before making his debut in the cyclocross season on December 4 at the Antwerp World Cup and he analyzed that he does not arrive in the same shape as last season. “I am not at the level of last year. I would have liked to race in Kortrijk but I’m not ready yet and I don’t have the ideal condition. After being sick and after a period of inactivity, I have less level than I would like.

Van Aert assures that he had a cold that made him take antibiotics and that this has caused his level to be lower than expected. “The cold didn’t seem so bad because I rested. But when I started exercising and cycling again, it got worse. In the end I had to take antibiotics and that’s why I have a lower preparation level. I have been able to train well in the last few weeks but I don’t know how I will finish in my first race.”

However, Van Aert is optimistic and hopes to shine in the big cyclocross events at Christmas before fighting for his main objective: the Hoogeheide World Championship (February 4-5). “I hope to compete for wins as soon as possible, especially in the Christmas races. The first races of the season will be as tests. I hope I get my level back soon and can fight in the World Cup. My big goal is the World Cup. But I think that all the races are important, although the World Championship is the only competition in which you reach the top”.