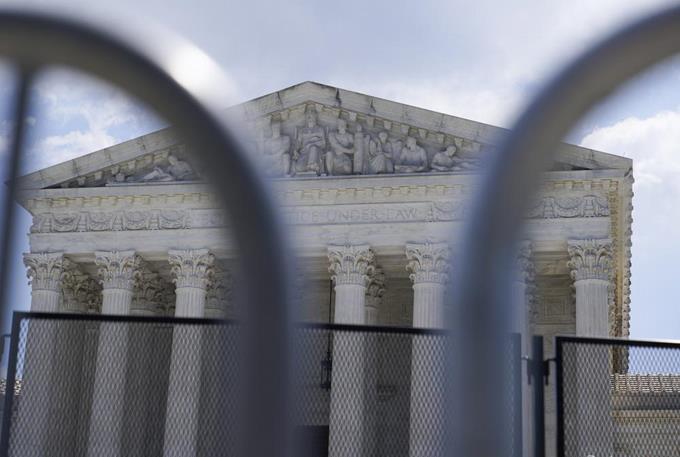 The US Supreme Court has ruled against immigrants seeking release from long periods of detention while challenging orders to deport them.

In two cases decided Monday, the court said immigrants — who fear persecution if returned to their home countries — are not entitled under federal law to a bond hearing where they could argue for their release without matter how long they have been detained.

The justices also ruled 6 to 3 to limit the ability of immigrants to file a class action lawsuit, a ruling that Judge Sonia Sotomayor wrote would “leave many vulnerable foreigners unable to protect their rights.” .

In recent years, the Supreme Court has taken an increasingly narrow view of immigrants’ access to the federal court system under measures to manage immigration enacted in the 1990s and 2000s.

“For a while, it looked like the court was going to back down a bit. In extreme cases, I would interpret a statute to allow as much judicial review as possible,” said Nicole Hallet, director of the immigrant rights clinic at the University of Chicago Law School. “It is now clear that the court is no longer willing to do so.”

Immigrants who sued for a bond hearing face the possibility of being detained for many months, even years, before their cases are resolved.

The court ruled in the cases of people from Mexico and El Salvador who convinced Department of Homeland Security officials that their fears were credible, entitling them to a new review.

Their attorneys argued that they should have a hearing before an immigration judge to determine if they should be released. The main factors to consider are whether people pose a danger or are likely to flee if released.

Sotomayor wrote the court’s opinion in a case involving Antonio Arteaga Martínez, who had previously been deported to Mexico. He was arrested four years ago and he got him released while his case went through the federal courts. The hearing to decide if he can stay in the United States is scheduled for 2023.

But Sotomayor wrote that the provision of the immigration law that applies to people like Arteaga Martínez simply does not require the government to hold a bond hearing.

However, the court left open the question of the immigrants’ ability to argue that the Constitution does not allow such indefinite detention without a hearing.

Judge Samuel Alito wrote the high court opinion holding that federal judges can only rule on the immigrant case before them, not on a similarly situated group of people.

Sotomayor dissented from that decision, along with Justices Stephen Breyer and Elena Kagan. He wrote that the ability to join in a class action lawsuit was especially important for people who do not have the right to an attorney and who are “disproportionately unlikely to be familiar with the United States legal system or fluent in the English language.”

Yermín Mercedes on assignment from the White Sox