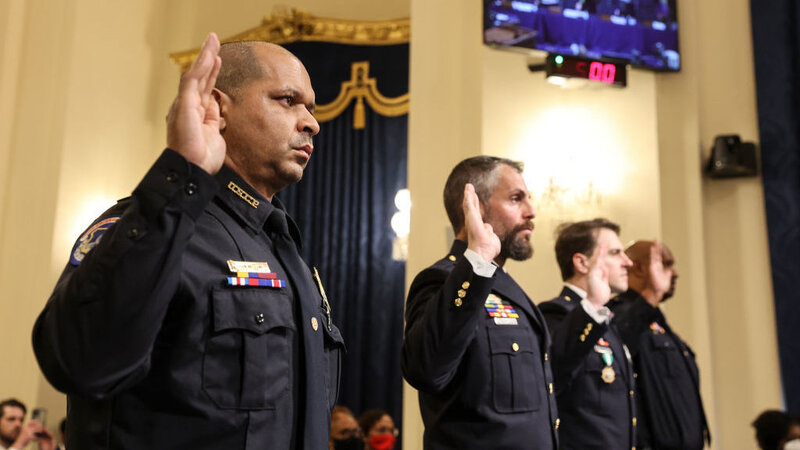 On Tuesday, July 27, US police officer Daniel Hodges and two of his colleagues testified before the parliamentary committee of inquiry into the violence in the attack on the capitol, on January 6th.

On that day, democracy faltered. The image of this policeman, once trapped in a door and screaming in pain, circulated the world. “The man who attacked me never said a word except for yells and growls, so this bunch of terrorists coordinated in a rocking motion to crush me against the door and make it give way.”, he says.

A former soldier extremely moved during his hearing in front of the Capitol, claims that these attackers were sent by Donald Trump, and describes “a medieval battle”. “The rioters said I was a traitor, an army veteran, they said I had to be executed,” reports Sergeant Aquilino Gonell. On Fox News, the host of the conservative television channel believes that lawmakers “literally raise the line, lie and keep lying”. A symbol of the fracture of the country which nevertheless venerates its police forces.

Dani Alves was arrested for an alleged sexual assault