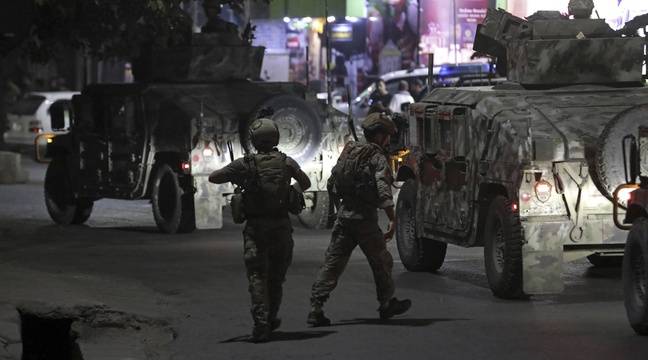 Two strong explosions rocked Kabul on Tuesday night, about two hours apart, one of which was attributed by security sources to a car bomb near the defense minister’s home in the center of the Afghan capital. Several detonations of less intensity followed the second explosion, which occurred around 10 p.m. and the origin of which was not immediately known. Loud gunfire continued in central Kabul 30 minutes later.

No official record of these two explosions was immediately available. The first explosion, heard in several neighborhoods of the Afghan capital, was that of a car bomb driven by a suicide bomber that targeted the house of a deputy, next to the house of Defense Minister General Bismillah Mohammadi, according to reports The report. He covered the anonymity of several security sources, adding that the attackers had managed to enter the deputy.

“Don’t worry, everything is fine,” the defense minister tweeted, about an hour after the first explosion. “Terrorists detonated a car full of explosives in a residential area of ​​Kabul tonight [mardi]. As a result, several terrorists entered the houses and clashed with the security forces. The special police forces are there and the clean-up operations have started, ”said Interior Ministry spokesman Mirwais Stanekzai.
An Afghan security source reported that three people were killed and two injured in this first blast, without further details.

The Taliban have been leading an all-out offensive against Afghan forces for three months, thanks to the now complete withdrawal of international forces from the country, and have seized large rural areas of the country. Afghan forces, which have so far offered little resistance, essentially control only the provincial capitals, three of which have recently been the target of insurgent attacks. Kabul was the target of several bomb attacks in May and June.