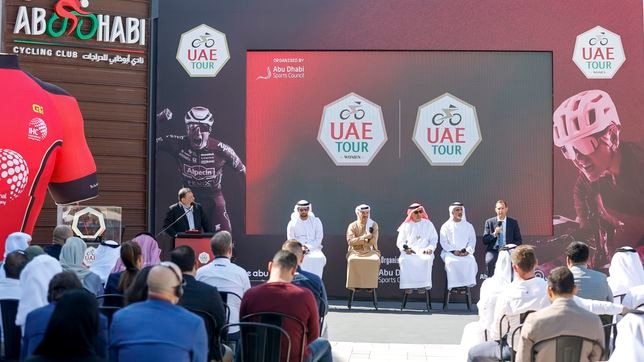 Of February 20 to 26 will be held fifth edition of the UAE Tour. It will have more than 1028km which will be distributed in seven stages. The Abu Dhabi Sports Council, organizer of the competition, has confirmed that there will be four stages for sprinters, two mountain stages and a 17.2 km team time trial.

The test runs through wide and straight roads. It is the desert stage, since it starts at Al Dhafra Castle and after crossing the city, it returns for more than 60 km. The final circuit runs along a wide, well-paved road with large roundabouts and a short climb.

This stage will be the team time trial that takes place in the Port of Khalifa. It is a fast course and has few right angle turns and two U-turns. The road is flat, wide and with wide curves.

First mountain stage that is divided into two parts. The first part approaches the final mountain undulating through a desert, while the last part is characterized by about 20 km of continuous climb to the finish line. The climb up the mountain from Jais has a constant 5% grade with grades slightly above 7% in the last two kilometres. It starts from Fujairah and crosses the desert areas on the edge of the Hajar Mountains.

This tour takes place in Dubai, part of Shindagha on the outskirts of the city before entering the desert, the goal is in the port of Dubai. The entire route takes place along very wide and straight roads, interspersed with some well-paved roundabouts.

It crosses the desert heading south with detours along the highway. The final sprint takes place in Umm al Quwain. It will pass through wide, straight and well paved roads.

It will be held around the city of Abu Dhabi. The first part of the stage heads north, returns south and heads back to Khalifa City. Return to Abu Dhabi via the highway and over the Maqta Bridge. The road along Al Khaleej Al Arabi street is straight and leads to the Abu Dhabi breakwater for a sprint arrival.

The classic mountain stage of the competition. It runs through the desert north of the city. After going through emblematic places such as the Al Ain Zoo or Al Qattara, return to Green Mubazzarah, where the climb to Jebel Hafeet begins, a 10 km stretch that will mark the end of the race. The slopes will be around 8-9% with a peak of 11% at 3 km from the finish line, which will be a straight line of asphalt.

These batsmen scored the most runs in 4 consecutive ODI innings, know what number Shubman is on

Bitcoin is “hugely bullish” at $23,000, according to analyst