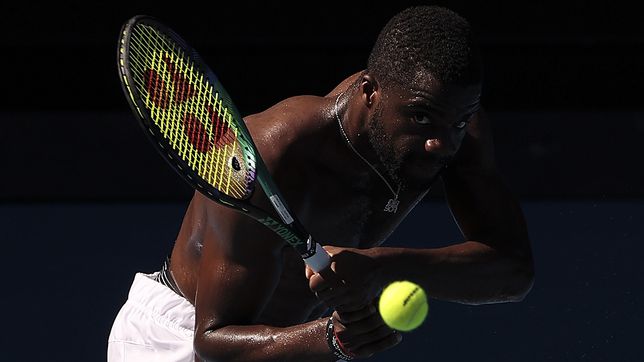 The australian open of 2023 It will be played from January 16 to 29 at Melbourne Park and multiple American tennis players will participate in the first Grand Slam of the year.

The most prominent is Frances Tiafoe and his participation will begin in the first round of the Australian Open against the German Daniel Altmayer on the first day of the competition. The game is scheduled to be played at the KIA Arena with an estimated time of 8:30 p.m. Eastern Time.

Altmaier and Tiafoe have never met on the ATP circuit. If he advances, he will face the winner of the duel between the Chinese Junchen Shang and the German Oscar Otte. Tiafoe climbed to 17th place after beating Nadal in the round of sixteen at the 2022 US Open.

As Tiafoe is in the upper part of the draw because he is the sixteenth classifiedIf he wins all his matches, his most important rival in the third round would be the Russian Karen Khachanov; in the fourth round it would be the Spanish Rafael nadal; in the quarterfinals it would be Denis Shapovalov or Daniel Medvedev.

IT MAY INTEREST YOU: Naomi Osaka, a young millionaire tennis player

Tiafoe at the Australian Open

Tiafoe has participated six times in the Australian Open and his best result was in the 2019 edition. That year reached the quarterfinals and was beaten in straight sets by Rafael Nadal.

Before losing against the Spanish, the one from Maryland beat the Indian Prajnesh GunneswaranSouth African Kevin Michael andersonto Italian Andreas seppi and the Bulgarian Grigor Dimitrov.

Music: the soundtrack of Sylvester Stallone’s “Rocky” replayed in a symphonic concert