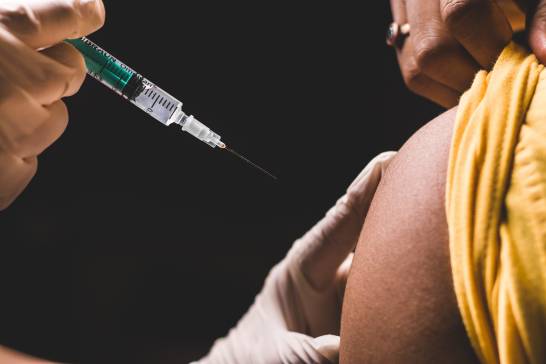 Racism, xenophobia and discrimination occur in all parts of the world and have a critical impact on people’s health. This is one of the main conclusions of a series of four articles published this week. The Lancetin which an international group of scientists analyzes how these determinants affect the lives of social minorities.

Through a review of current scientific literature, the authors describe the various ways in which discrimination harms health, including the direct impact on the body through stress responses, the characterization of everyday environments, and the limitation of individual opportunities. people to improve their health.

“Racism, xenophobia and discrimination are important determinants that have been relatively ignored in the field of health. These are processes that occur in all parts of the world, with similar results for health. Delan Devakumar, lead author of the series and professor at University College London, explains to SINC.

Until racism and xenophobia are universally recognized as determinants of health, the root causes of discrimination will remain in the shadows, continuing to cause and exacerbate inequalities.

Racism and xenophobia are global problems with particularities in each territory. While contexts and histories differ, the health consequences of discrimination based on characteristics such as caste, ethnicity, indigenous groups, immigration status, race, religion and skin color are similar across the world.

To understand the impact of these problems on health, the authors studied the causes of racism and xenophobia. “We describe two core concepts, separation and hierarchical power. Separation occurs when individuals see themselves as different from others. Then a hierarchy arises, in which some people are considered better than others. The people at the bottom of this hierarchy have the worst physical and mental health conditions”, explains Devakumar.

Hierarchy can translate into barriers to accessing the health system for immigrants. “The Covid-19 pandemic provided a real example. In the UK, we have seen an increase in mortality among men and women according to ethnic origin. O Office of National Statistics found that in the second wave in the UK, Bangladeshi women had a 4.11 times greater risk of dying and Bangladeshi men a 4.96 times greater risk compared to the white British population. Other ethnic groups also had higher mortality rates,” argues Devakumar.

The authors also warn that inaccurate and unfounded assumptions about genetic differences between races continue to shape health outcomes through research, policy and practice.

“Racism can affect many aspects of science, from the choice of which research is done first, which populations are included or excluded, who conducts the research, to how the results are interpreted. There are few studies on the subject, especially outside the United States”, explains the main author.

The myth that races are biologically distinct persists, manifesting itself in medical research and practice in a variety of ways.

Science has shown over time that the human race is one of the most genetically similar species, explain the authors. Genetic and physiological variation is associated with racial and ethnic categories, which are sociopolitical constructs. Even so, the myth persists that races are biologically distinct, manifesting themselves in research and medical practice in a variety of ways.

Often, race and ethnicity are counted as health risk factors. For example, when diagnosing chronic kidney disease, race and ethnicity have been used as variables to assess kidney function in patients in several countries, including the US and UK. In this case, the use of a race-based score for kidney function could contribute to racial stereotypes and inequalities among black patients with chronic kidney disease.

However, the reasons why people belonging to minorities have a higher risk of the disease have not been as well studied by health professionals and researchers. There is a tendency to assume that these inequalities are genetically determined and immutable.

The authors argue that these inequalities cannot be explained only by patterns of socioeconomic deprivation between racial and ethnic groups and highlight the significant role of physiological responses, caused by past and present discrimination, in explaining racial inequalities in health.

According to experts, on an individual level, discrimination can activate the body’s stress and hormonal responses, which can cause both short- and long-term biological changes.

Discrimination affects the environments in which people live and sets the stage for many of the risk factors associated with poor health, such as substandard housing, poverty, neighborhood violence, air pollution and limited access to green spaces and nutritious food. Furthermore, discrimination limits the opportunities through which people can improve their health and well-being, through formal education, recreation, work and health care.

These complex processes affect people in minorities throughout their lives. Evidence confirms the intergenerational consequences of discrimination, through changes in maternal mental health and epigenetic changes, ie, the way in which environmental factors influence the functioning of a person’s genes.

“Discrimination affects health in ways that are often difficult to measure, because its effects can appear over long periods of time. Existing evidence suggests that the biological impacts of discrimination are a major driver of racial inequalities in health worldwide, rather than genetic difference, as is often assumed due to mistaken notions of racial difference. , explains Dr. Sujitha Selvarajah, co-author of the paper and professor at the University College of London.

We call for racism, xenophobia and discrimination to be considered as fundamental determinants of health, as is the case with political, social and economic factors

Sujitha Selvarajah, co-author of the work

According to Selvarajah, from a social point of view, “discrimination is costly and causes collective trauma. We call for racism, xenophobia and discrimination to be considered as fundamental determinants of health, as is the case with political, social and economic factors”.

The authors argue that broad and deep actions are needed to transform existing systems characterized by structural racism and xenophobia. They suggest that this change can be achieved through the implementation of anti-racist public health interventions. For example, early childhood education programs that reduce prejudice against discriminated groups, improve cultural sensitivity among health professionals, and strengthen social security provision.

“We should focus on the preliminary policies and laws that have the greatest effect. This is an example of legal battles to improve the rights of people with HIV or laws to reduce caste-based discrimination in India. We must also take a long-term view and focus on children, to improve their health now and in the future”, explains Delan Devakumar to SINC.

On the other hand, the authors indicate that the measures must contemplate other forms of oppression, such as sexism and ableism. Also taking into account the history and colonization of the territories.

Latest estimates suggest that while 70% of people in Europe have received at least one vaccine, that number is still just 32% in Africa.

“In recent years, we have witnessed the persistence of colonialism and in the covid-19 pandemic, for example, we have seen how access to vaccines perpetuates colonial and racial privileges. The latest estimates suggest that while 70% of people in Europe have received at least one vaccine, that number is still only 32% in Africa,” says Gideon Lasco, study co-author and professor at the University of the Philippines.

Lasco notes that “a very familiar situation is developing in the context of the climate crisis, with minority populations already being adversely affected by the health impacts of climate change, although often contributing less to it.” emissions. Unless we take action to transform the systems that perpetuate racism and xenophobia, we will be unable to fully address racial health disparities or, indeed, the greatest health challenges of our day.”

Devakumar, Front; and others “Racism, Xenophobia, Discrimination and Health”. The Lancet (2022)

Strategies to win the advertising battle on Amazon

The Nascar, to Le Mans with Button!