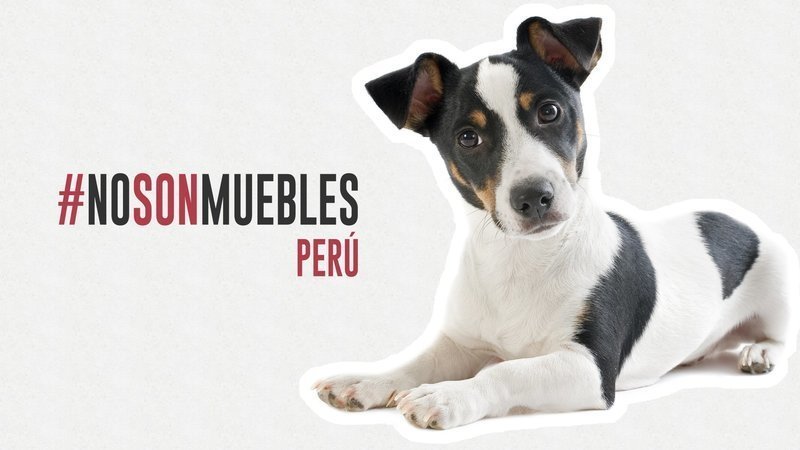 Within the campaignthey are not mobile“, the deputy miracles rivastogether with the Peru Libre bench, presented last Monday, January 16, the PBill No. 04005which modifies the Civil Code to recognize animals as sentient beings and guarantee their protection.

This project was presented based on the work carried out by Fundación Vegetarianos Hoy – an international NGO that works to reduce the suffering of animals used in the production industry – within the framework of the campaign “not mobile”, which aims to modify the current legal regime of “things” that animals have in the Civil Code and its recognition as “conscious beings”.

“Today science, philosophy and the general public accept the sentience of animals without major problems. However, laws still do not adapt to this knowledge, leaving animals unprotected.”, explains Iris Herrera, Animal Protection coordinator for the NGO Vegetarianos Hoy in Peru.

If this modification of the Civil Code is approved, it would represent a breakthrough in terms of animal protection in all areas, since there are no other legal precedents in the country.

It is noteworthy that in Chile, the bill “not mobile” was approved in the Environment Committee of the Chamber of Deputies and Deputies, and now awaits its discussion in the Agriculture Committee to continue advancing until its approval in the Senate.

Did you know that according to the Peruvian Civil Code, animals are considered “movable property“?

You can support this campaign by signing the Change.org petition. ON HERE.