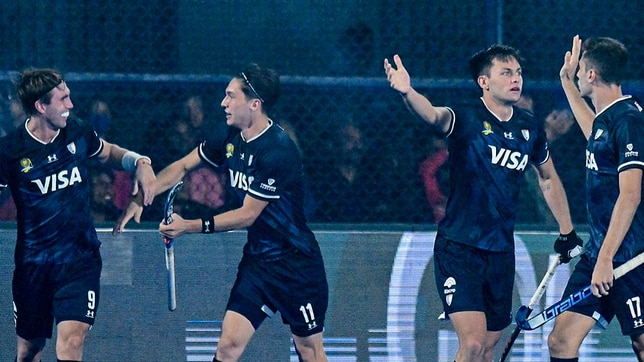 In a great match, the Leons they had victory in their hands, but in the end Australia leveled in what was an epic 3-3 at the Field Hockey World Cup in Bhubaneswar, India. The albiceleste team will close their group against France on Friday.

Australia started commanding the game with a penalty corner goal at minute 9 by Jeremy Hayward. But Argentina quickly began to attack and was able to reach equality with uA goal by Tomás Domene also via the Penalty Corner.

Already in the second quarter, Argentina began to have Australia handcuffed and it was a match of equals. At the end of the first half, a series of detours for Daniel Beale to make it 2-1.

Already in the second half, Maico Casella deflected a shot and made it 2-2 into a vibrant game between two colossi. Then Martín Ferreiro was able to score 3-2. Argentina was smart and was scoring the big surprise against the best team in the world.

Australia began to play with a flying goalkeeper looking for an equalizer and drowning out the Argentine team that was beginning to show signs of fatigue. With 2 minutes to go, Zárate had a false start and Govers took advantage of the gift to finish off one-on-one and the final 3-3 in a true game of the Lions against the number 1 in the world.

The Lions will close group A against France next Friday at 6:30 a.m. Argentine timewhere the goal difference will be key to define who goes directly to the quarterfinals as group leader and who goes to the playoffs.

The Avenida, before its most turbulent course