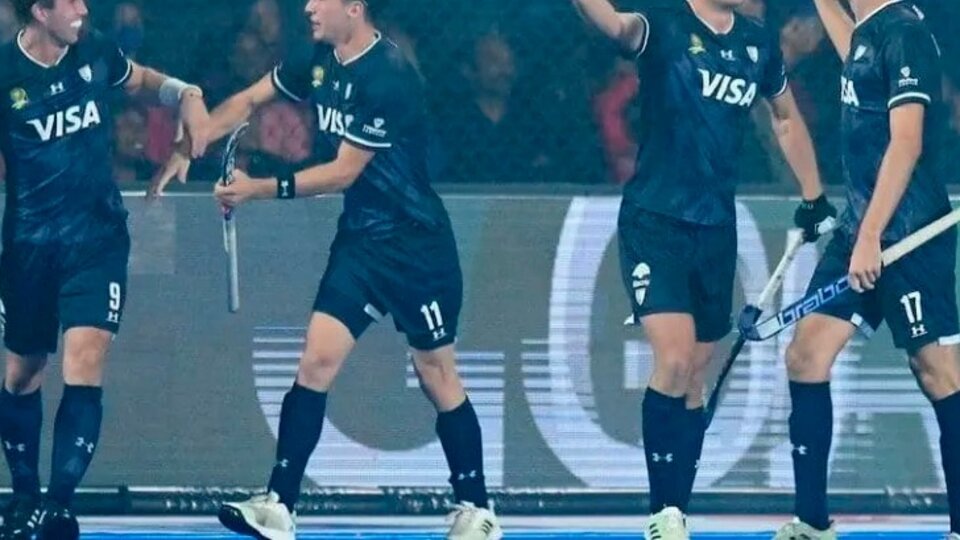 The Lions were two minutes away from making a big impact, but they had to settle for a 3-3 draw against Australia, number 1 in the International Field Hockey Federation ranking, in an otherwise changeable duel on the second date of the Group A of the World Cup India 2023.

A starting error made by defender Federico Zárate put Blake Govers in front of the Argentine goal to declare the final tie as the last quarter of the match held in the city of Bhubaneswar was ending.

The Lions had managed to reverse a game with two partial disadvantages, after the Oceanics went ahead with a goal by Jeremy Hayward at nine minutes and Daniel Beale at minute 29. However, the team led by Mariano Ronconi tied twice for intermediate by Tomás Domene (18m) and Maico Casella (32m). Later, Martín Ferreiro (48m) put the Albicelestes ahead, who could not maintain their advantage at the end.

The tie complicated Argentina’s chances to directly access the quarterfinals, an exclusive right for the winners of each group. The second and third in each zone dispute a crossing of eighths to advance to the next instance.

The Lions add four points like the Australians but with less goal difference (+8 against +1) and will play again on Friday against France (3) from 6.30 on the last day of the regular phase. The Oceanics will face the same day in the previous shift (4.30) against the South Africans, who lost their two games.