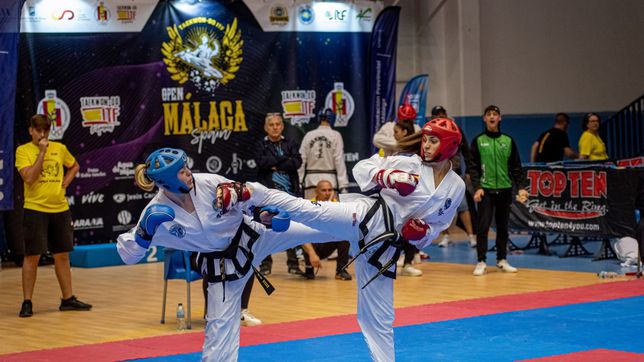 The Malaga International Taekwon-Do Open held its third edition this past weekend with a record number of participants reaching 538. The general podium was dominated by Club Invictus de Málaga with 104 medals, achieving 38 gold, 31 silver and 35 bronze. The second classified was CD Doyang from Benalmádena that got 82 medals divided into 34 gold, 26 silver and 22 bronze; and the third club that got on the podium was Fenix ​​In Nae from Torremolinos achieving 55 metals with 21 golds, 15 silvers and 19 bronzes. The top five positions were completed by TDK Estepona, which achieved 50 medals, and Taekwon-Do Roquetas, which achieved 31.

On Saturday it was the turn of those over 12 years old, highlighting the black belts tatami where the level was maximum. This open is very important for the competitors as it is the one that closes the year 2022 in the Top Ranking.

On Saturday morning, at 9 o’clock, the day began with the Tul competitions, attack and defense technique modality and Tul by teams, as the day progressed the Jumping, agreed and Free Combats were held. On Sunday it was the turn of the little ones from 6 to 11 years old. During the two days the number of people was very high, with a great atmosphere in the stands of Ciudad Jardín. The competitors came from teams that came from many parts of Spain; came from abroad Surdanal NTN club from Norway and Whitehall Martial Arts from Irelandabsenting another team from Nepal at the last minute.