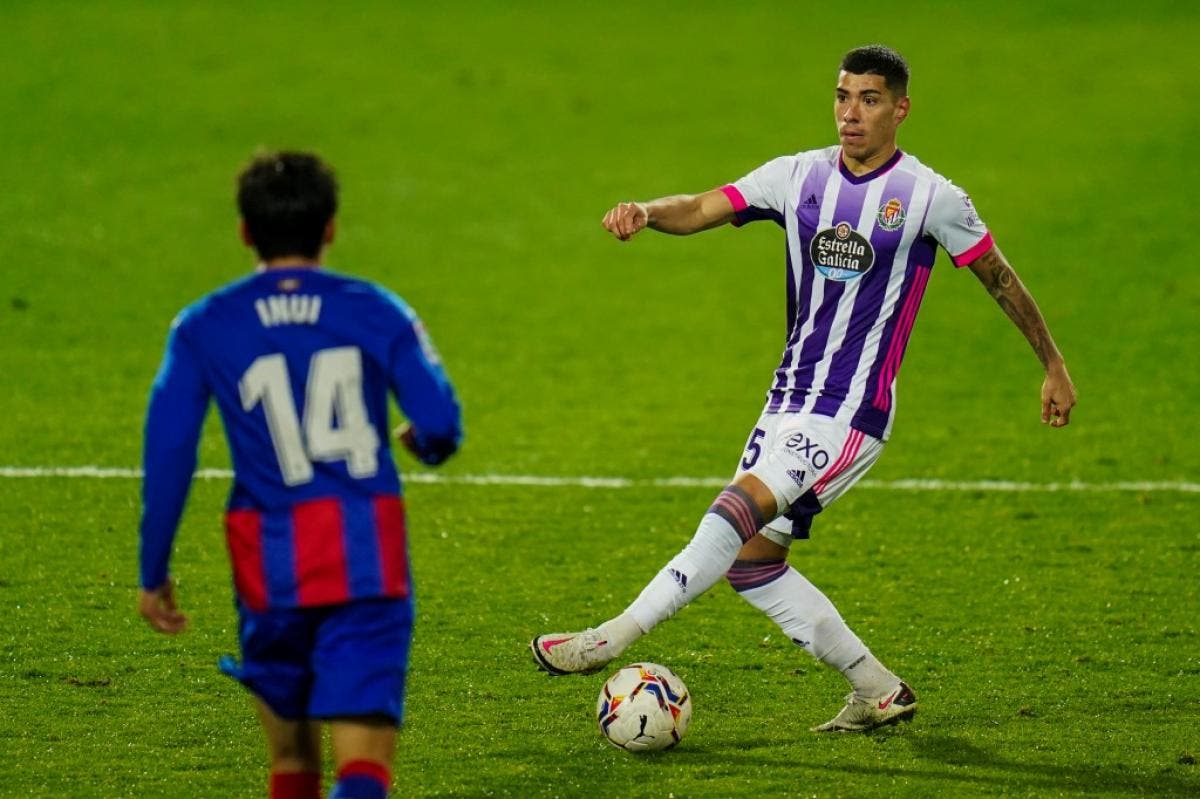 If there is a defender who is performing more than poorly in the Real Valladolid 2022-23 that certainly is Lucas Olaza. This season the Uruguayan is signing his worst records since he landed on European soil, that is, since 2019. The numbers and statistics do not lie, the South American is at a poor level.

Faced with this situation, the Valladolid has put to Lucas Olaza in the shop window and with a transferable player tag. Of course, the offer must be interesting since the team from Valladolid paid 2 million euros for him. In fact, a proposal from Argentina has just arrived at the white-and-violet offices, but there is a major problem.

The economic inconvenience that prevents Valladolid from releasing Lucas Olaza

An offer for the Uruguayan side has come from Argentina signed by the Talleres de Córdoba team. From there they have proposed requesting his transfer and adding the respective purchase option for the 2 kilos. However, the player is not willing to lower his salary and wants the same as he earns at the Pucela club.

This has been reported by a prestigious Argentine media. “Pending favorable news, several conversations began. The operative return of the Uruguayan Lucas Olaza existed, but the numbers are impossible. His European salary prevented progress, beyond the desire to repatriate him ”.

With the Argentine club ruled out, Valladolid awaits offers from other leagues for Lucas Olaza

The top priority of the Pucelana sports management is to dispose of their discards, and in that sense the Uruguayan winger is one of the most urgent. Pacheta has already stated that he no longer has the player and that if he plays these days it is because he has no other options. That is why Ronaldo has asked Fran Sánchez for speed in the operation.

The sports director of Valladolid has contacted several teams in Turkey and Greece to try to reach an agreement since they cannot pay Licas Olaza’s salary. However, there are no firm proposals, although there are more than 10 market days left. At the moment the winger has a contract with the Pucela club until 2025.

Enzo Fernández’s debut at Chelsea: owner of an apathetic team