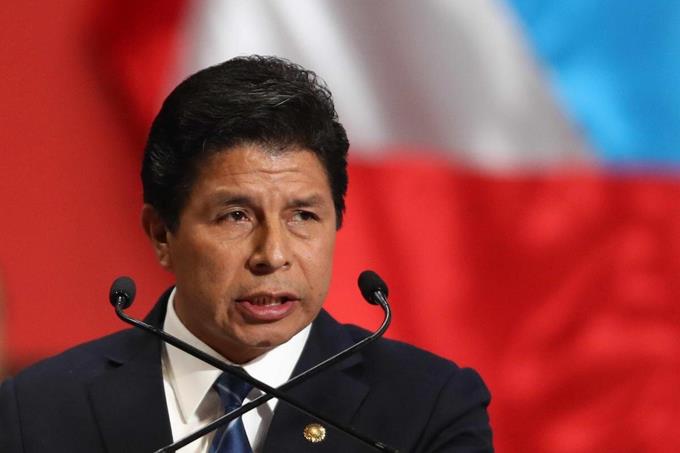 The Congress of Peru informed the Peruvian ruler, Pedro Castillo, that a new motion for vacancy (removal) has been filed against him for an alleged "permanent moral incapacity"announced this Tuesday the president of Parliament, José Williams.

During the plenary session this Tuesday, Williams said that he called a meeting of the board of spokespersons for the different benches to analyze this issue and ordered that the process that must be followed be detailed, established in the Constitution and in the regulations of Congress. .

In this way, he pointed out that in the next plenary session, whose date has not yet been confirmed, the parliamentarians should be consulted if they accept the order of the day with the vacancy request.

The regulation indicates that the motion requires, at least, the favorable vote of 40% of the able congressmen to be admitted for processing, in this case of 52 votes of the 130 members of Congress.

If it is admitted, the debate and the vote of the motion must be given "unfailingly in the next" plenary session of the Legislature, where to be accepted, and Castillo removed, it must receive the vote in favor of at least 87 legislators.

The new motion for dismissal has been promoted by the independent legislator Edward Málaga and was presented this Tuesday with the signatures of 67 congressmen, representatives of the opposition parties Fuerza Popular, Alianza para el Progreso, Renovación Popular, Avanza País and Somos Perú.

Málaga assured, in a subsequent press conference, that this initiative is "the first step to advance to general elections" in his country, where the Executive and the Legislative have been in a tough political struggle since the beginning of the current administration, at the end of July of last year.

This is the third attempt by the opposition to remove Castillo and maintains, in more than 100 pages, that "It is unacceptable for a president to hold office in the midst of strong indications of corruption, serious indignity, or moral and ethical questioning.".

The document refers to accusations made against Castillo, and his closest entourage, as alleged members of an alleged corrupt organization in the Executive and also mentions the "Takeover and dismantling of the state apparatus through the appointment of senior officials with serious questions".

This is the ninth process of this type that a Peruvian president has faced since 1992 and the third to which Castillo is trying to submit, who raffled a first request in December 2021, when the motion was not even admitted for processing, and a second process last March, when it received only 55 votes in favor.

This Tuesday, after confirming the presentation of the new vacancy request, the Peruvian congressmen showed their differences, anticipating in some cases that it will be rejected in the vote, while others assured that there are no pretexts to reject this motion due to the accusations that are made. to the ruler.