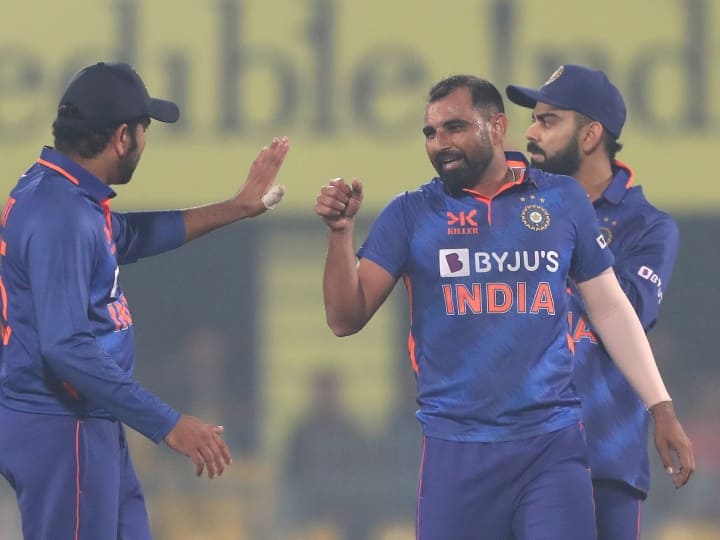 The first match of the three ODI series between India and New Zealand will be played in Hyderabad on January 18. An exciting match is expected between the two teams in the ODI series. India recently made a clean sweep of Sri Lanka 3-0 in the ODI series. On the other hand, the New Zealand team has also arrived in India after defeating Pakistan. India’s team record is best at the Rajiv Gandhi International Stadium in Hyderabad. The Kiwi team will play an ODI here for the first time. New Zealand have failed to win the ODI series on Indian soil to date. The path of the guests will not be easy even in the first game. Let us tell you what India’s ODI record looks like in Hyderabad.

India’s ODI record at the Rajiv Gandhi Stadium in Hyderabad has been impressive over the years. Team India have not lost any ODI matches here for the past 12 years. When the India team takes the field against New Zealand in the first match, their aim will be to maintain their record. The last time the Indian team lost in Hyderabad was in the year 2009. Australia then beat them by 3 runs in a close match. Since then, since 2011, Team India is unbeatable here. If we look at the ODI record of the last 12 years in this arena, during this time India has beaten teams like England, Sri Lanka and Australia. Although it is true that the Indian team has won 50 percent of the matches here. India had lost consecutively in all three ODIs played between 2005 and 2009. Then India was beaten once by South Africa and twice by Australia.

Álex Txikon is already at home