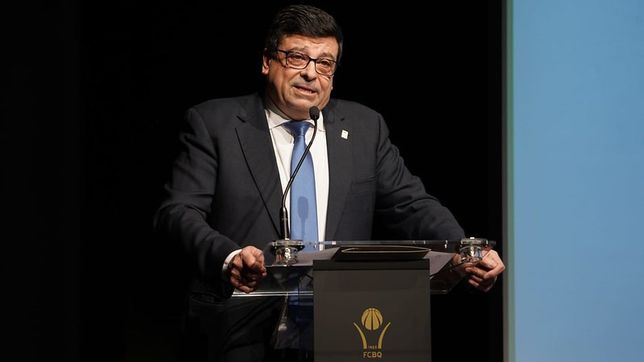 Catalan basketball celebrates its 100th anniversary and the Catalan Basketball Federation is determined to celebrate it in style. So that, has programmed a multitude of events throughout the country to celebrate that, in 1923, the federation was founded. In an act held in La Pedrera and with the presence of the strong men of Catalan basketball, the centenary has already started. Perhaps the most attractive act for the general public will be a match for the senior men’s team, with a date yet to be determined.

Ferran Aril, president of the federation, recalled that they have “100 years organizing, promoting and regulating basketball in Catalonia” on a path that “has not always been easy”. He assured that this is an “important point in the history of the institution” and that shis only occupation “is to improve Catalan basketball”. To commemorate the anniversary, in addition, a a video with the congratulations of the main figures of Spanish basketball, such as Pau Gasol, Ricky Rubio, Scariolo, Aíto or Joel Parra.

But the important thing is the events that will take place throughout the year. There are simply too many to list in this article, as During each month of 2023 various events will be held in various parts of Catalonia. There will be exhibitions, books, sculptures, personalized trophies, a commemorative ball, training days, congresses and a long etcetera.. 414 clubs throughout Catalonia are called to participate in all these events.

ANDhe main course, apart from the Catalan League that is played in September, will be the matches of the national teams. There will be three, one of 3×3, one of the absolute female and another of the absolute male. The idea is that they are played in June, once the season is over, but there are no set dates. Especially in the case of the absolute men, where finding free dates and being able to count on the best players is practically an impossible mission. Despite this, from the Federation they do not lose hope. The idea is to play the last week of June so that all the Euroleague players and Ricky Rubio (the only Catalan in the NBA) can be there. The match will be played in Manresa and against a European team.