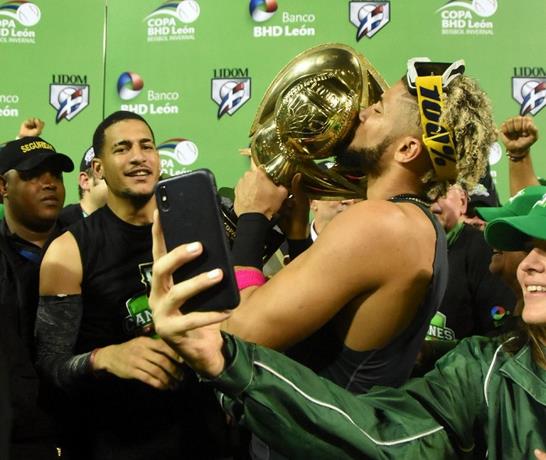 Starting this Friday, the Estrellas de Oriente will be on the road to their nineteenth final series in their time in the Dominican League, a field for them full of traumas and failures, although with the mission of getting things back on track from now on.

This will be the third final that the pachyderms have attended in the last five tournaments, remembering their championship in the 2019 season and their defeat against the Gigantes del Cibao in 2022.

The first appearance of the green team in the last part of the tournament occurred precisely against the Tigers in 1954, managing to win the golden trophy after winning four victories while suffering a single defeat.

These teams would face each other again in the 1973 and 1980 editions, although in both cases the capitalists were the winners.

The following championships for the Stars took place in 1968, when they beat the Leones del Escogido in a course of seven games, having to wait 51 subsequent ones to see their name embodied again as a crown, managing to beat the Toros del Escogido in six games. East (2019).

Globally, the franchise based in San Francisco de Macorís has ended up taking the defeat in 15 final series, divided into: six against Leones del Escogido, four against Águilas Cibaeñas, two against Tigres and Gigantes and on one occasion they ended up defeated. in the hands of the Eastern Bulls.

The Orientals have earned every seed reached in this tournament, overcoming adversity and the moments in which they seemed to be the least favored.

In the first instance, “Los Cocolos” ended up with a place in the Round of 16 despite posting a win-loss percentage of just .460 in the regular round, which could be defined as a sign of mediocrity.

Then, they finished classified to the last stage after leaving behind the Eagles and the Giants, who have thus been the two most recent champions of the circuit.

The passage to the final of these could not be possible without their excellent demonstration during the semifinals, a stage where they combined to register numbers from another planet.

His hitters led all teams with 12 home runs, although they were equally leading with their .259 batting average and a lush .696 OPS.

Added to this, the team’s pitching staff allowed the fewest home runs (2), summing up their success with a 3.11 ERA and a 1.27 WHIP coefficient.

From tonight the Stars have no tomorrow, who seek to continue increasing their number of cups obtained.