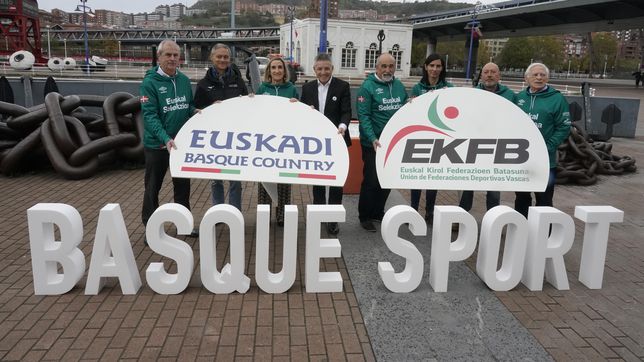 The act was attended by Director of Physical Activity and Sport of the Basque Government, Gorka Iturriaga. He has advanced that “these seven new requests for official status are only the beginning of a long road which does nothing but respond to the demand of a very important part of Basque society for the will to have representation in the international concert through sports practice”.

Among those involved in this initiative is not the Basque Football Federation. And that the former president Luis Mari Elustondo, asked FIFA and UEFA to become a partner. After being denied, the federation now chaired by Javier Landeta has not taken steps in this direction. He decided not to go to the Court of Arbitration for Sport after the rejection of both international institutions and that is why Gorka Iturriaga has repeated today that “the Basque Government will not do anything that the Basque federations do not want, are not prepared, are not willing or do not feel like doing”.

The Culture and Sports Commission of the Congress approved in October a compromise amendment to the Sports Law agreed by the PSOE and the Basque group, by which the international participation of sports teams with historical and social roots will be allowed. The idea was to specify it in disciplines such as baseball and surfing. Your participation in international appointments will have to be agreed with the CSD.