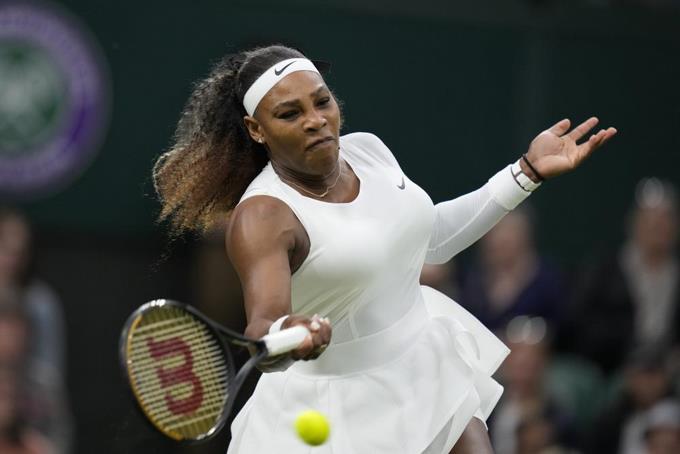 Serena Williams canceled at the last minute the training she had planned for Monday at the Eastbourne tournament, where the 23-time Grand Slam champion returns to competition after a year away.

Williams trained at a nearby club over the weekend and was expected to have a session at Devonshire Park, the tournament complex, ahead of her doubles appearance alongside Ons Jabeur. They will debut on Tuesday against Sara Sorribes Tormo and Marie Bouzkova.

The 40-year-old American has not played since she was injured in the first round at Wimbledon last year. She received an invitation to the singles draw at the All England Club.

Jabeur said it was “unbelievable” that Williams asked her to be his doubles partner on the run up to Wimbledon.

“I can keep a secret well — I knew it before the French Open,” said the world-ranked third-placed, who arrived in Eastbourne after being crowned champion in Berlin on Sunday.

“Many jealous players because he will play with her. Serena is Serena. She is a legend and she always will be, ”added the Tunisian.

Jabeur said he wants to learn “even 2%” from the experience.

“Now she joked around with other doubles players,” she said. “I keep saying: ‘If you have less than 20 grand slams, don’t even think of asking me to play doubles with you’”.

Jabeur declined to contest the singles draw at Eastbourne after winning in Germany, limiting himself to the doubles competition. But he’s still in for a hectic week because of the hype generated by Williams’ return.

“I can’t wait to see her play. I haven’t met her yet,” Jabeur said of Williams. “Hopefully we can get together and talk a little bit. I am very excited. They want to win this doubles match and why not the doubles title?

Also on Monday, Spanish-Venezuelan Garbiñe Muguruza stopped a losing streak by beating Poland’s Magdalena Frech 6-1, 7-6 (7). Muguruza came from being eliminated at the first change in the French Open and in Berlin.

In the men’s draw, Australian Alex de Miñaur began his title defense with a 6-3, 6-3 win against Chilean Cristian Garín.