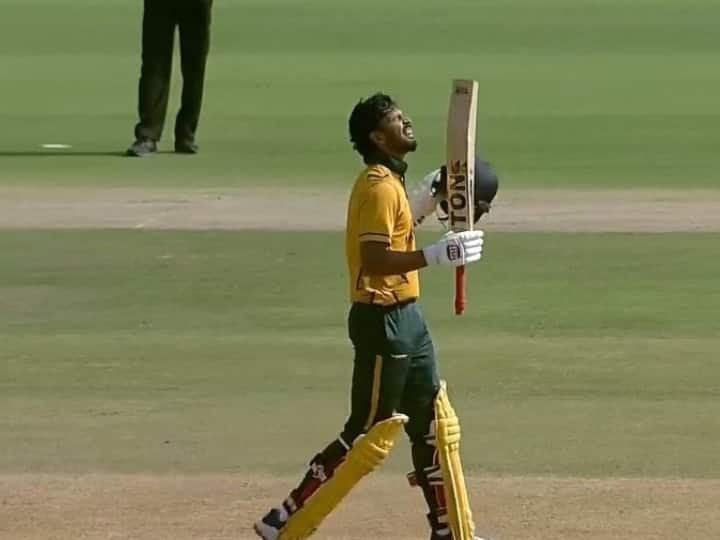 Maharashtrian batsman Rituraj Gaikwad achieved a world record by hitting 7 sixes in one over in a Vijay Hazare Trophy match. In a match played between Maharashtra and Uttar Pradesh on November 28, Rituraj Gaikwad scored 7 sixes including a nil. Following his feat, a video is going viral on social media, in which Jethalal is seen declaring his record.

Rituraj has failed to break Jethalal’s record even after hitting 7 straight sixes.

Actually, in the TV show ‘Taarak Mehta Ka Ooltah Chashmah’, Jethalal scored 50 runs in one over. Rituraj Gaakwad failed to break this Jethalal record even after hitting 7 sixes. This is a fictional program. Actor Dilip Joshi plays the character of Jethalal in this show.

Dilip Joshi is well known for his brilliant comedy. One of the clips of him is going viral on social media, in which he is seen saying that he has scored 50 runs in one over. When he asks how you can score 50 runs in one over. Jethalal says on this that there were no 2 balls in that over and he hit sixes in it. This video has been shared by the IPL Rajasthan Royals franchise via their Twitter account.

As well as scoring 7 sixes in one over, Rituraj also scored a double century in that match. He scored 220 runs off 159 balls. A total of 16 sixes and 10 fours were included in his entries. It should be noted that in the over 49 of this quarterfinal match played against Uttar Pradesh, he hit 7 sixes over the opposing team’s bowler, Shiva Singh.

Inflation: the European Central Bank raises its interest rates by another 0.5 point