Riyadh: There are many new and used car buying and selling centers in Saudi Arabia where old and reconditioned cars are sold.

According to Saudi traffic laws, a car must be transferred to the buyer immediately after it is sold. Should not be removed from the showroom.

It has been three months now that the vehicle has not been transferred to my name. During this time many challans have also been registered in my name. What should I do?

Responding to a question, the traffic police said that according to the rules, it is necessary to transfer the vehicle to the buyer immediately after receiving the money as soon as the sale agreement is signed. 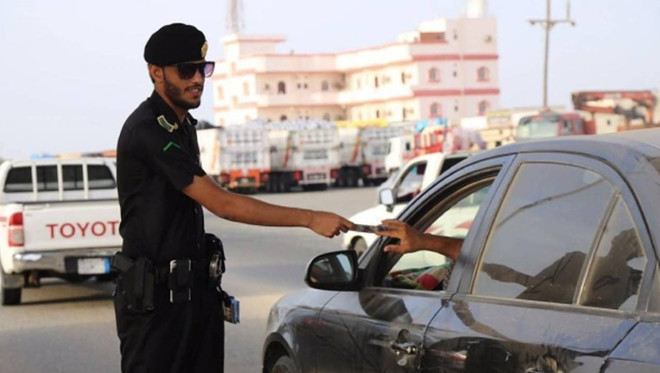 In this case, if the car buyer has violated the law, the relevant law enforcement agency should be consulted. Receipt of sale is issued by

In this case, along with the receipt of the showroom, the nearest agency should contact the department of ‘Astmara’ (vehicle ownership card) where the vehicle sales receipt along with other details should be submitted to the concerned official so that action can be taken.

If the vehicle is sold outside the showroom without a receipt of sale from the car showroom, then contact the Public Order Complaints Cell where the FIR will be lodged and the vehicle to which the sale has taken place. He will be summoned.

It should be noted that under the traffic laws in Saudi Arabia, a challan for any traffic violation is fed into the owner’s account through the vehicle’s registration plate.

The traffic police discovered on Twitter that a domestic driver’s visa has been issued, to find out if the driver being called on the visa has a Saudi driving license but has expired, will the same license be renewed after coming here? ?

Responding to a question, the traffic police said that in case the Saudi driving license expires, it will be renewed and new details about the driver’s sponsor will be fed into the system.

It should be noted that in the system of institutional traffic police, the serial number registered on the residence of foreign workers is the driving license number. Driving licenses are renewed for 5 to 10 years while residency is renewed on an annual basis.

If a foreigner leaves the country at the time of departure and has a driving license, he can renew his old license after coming on another visa, however, he will have to pay an expiry penalty. In addition license fee will be paid.

Eight police officers shot a black man dozens of times in the US, according to videos

War in Ukraine LIVE: An international conference in Switzerland to talk about the reconstruction of Ukraine…