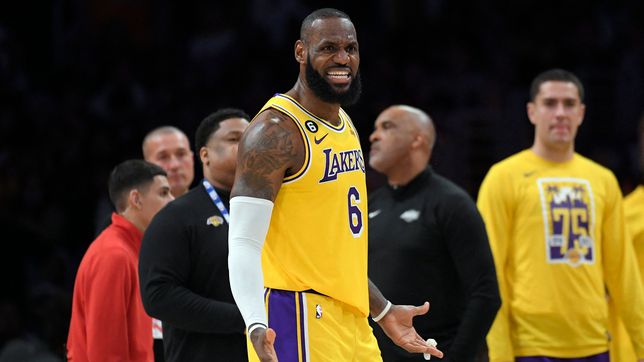 At 38 years old Lebron James he continues to show impressive condition on the court.

YOU MAY BE INTERESTED: Steve Kerr: Stephen Curry is the modern Michael Jordan

Already exceeded the mark of 38 thousand points (38,072) and lies in wait for the mark of the legend of the nba Kareem Abdul-Jabbar which reached 38,387 total.

In the curious fact, the rookie Jabari Smith Jr. 19 years of age Houston Rockets briefly approached the star of los angeles lakers to exchange some words during the game.

“You played against my father in your first game in the NBA. In Sacramento”the young basketball player reminded him.

YOU MAY BE INTERESTED: Stephen Curry thanks Joe Biden for returning basketball player Brittney Griner to US soil

It was on October 29, 2003, when LeBron James made his NBA debutin front of the Sacramento Kings; the cleveland cavaliers they lost by score 106-92, James had 25 points, six rebounds and nine assists.

“Makes you feel older, doesn’t it?”Jabari asked him; to which ‘King’ James replied: “Why are you doing this to me?”between laughs.

YOU MAY BE INTERESTED: LeBron James makes history in the NBA! reach 38,000 points

LeBron sealed a spectacular night because got 48 points as ‘revenge’ for the words of the young basketball player.

At the end of the game, the Lakers star had the opportunity to exchange a few words with the 45-year-old former Kings player and father of the young rookie Smith Jr.