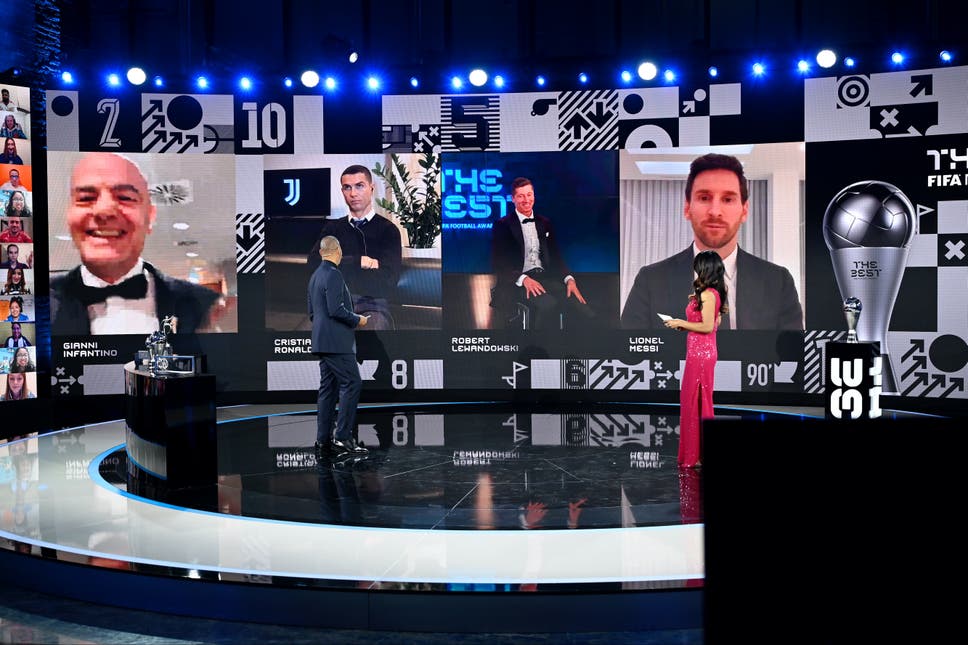 According to voting results released by FIFA, the Poland international had 52 points, 14 more than the Portuguese striker (38) and 17 more than the Argentine (35), a trophy record holder who had won the prize in the year past.

Ronaldo alone was not the second most voted in coach picks (186 points), most of whom preferred Lionel Messi (196) after the Polish striker.

Ronaldo voted for Lewandowski (first place), Messi (second) and Frenchman Kylian Mbappé (third), but did not receive the same preference as the other two finalists.

As for the national coach, Fernando Santos, he voted for Cristiano Ronaldo (first), Lewandowski (second) and Neymar (third).

Among the Portuguese coaches who are abroad, only Paulo Bento, coach of South Korea, did not vote for Cristiano Ronaldo for the first position. The former Portugal coach chose Lewandowski (first), Senegalese Sadio Mané (second) and Ronaldo (third).

For his part, Carlos Queiroz, recently dismissed from his post as Colombian coach, did not vote and does not even appear on the electoral lists published by FIFA.

When voting for the best coach of the year, Germans Jurgen Klopp and Hans-Dieter Flick had exactly the same score (24 points), but the Liverpool coach was ultimately declared the winner, since, according to the regulations, in case of a tie is given priority to the votes of the selectors.

In this regard, Klopp had 686 points, while the Bayern Munich coach had 572. Flick also lost to his compatriot in the votes of the ‘captains’ of the teams (583 against 666), but topped him in the votes from journalists and fans.

Bharat should get a chance in Team India instead of Ishaan Kishan, Akash Chopra said the reason