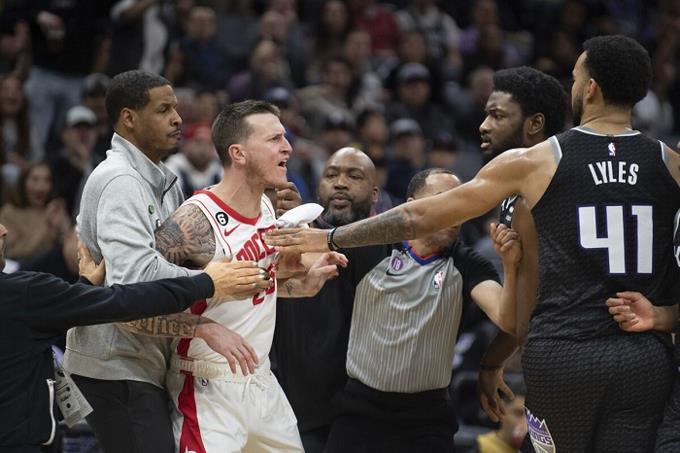 Houston’s Garrison Mathews and Tari Eason, as well as Sacramento’s Malik Monk, were fined for an on-court disturbance during Friday’s game, while the Rockets’ Jalen Green and Jae’Sean Tate were suspended one game without pay. for leaving the banking area.

The NBA announced the disciplinary measures on Sunday.

Mathews was fined $35,000 for starting the altercation after contesting a loose ball and provoking Monk, who in turn will be charged $25,000 to continue the confrontation.

Eason’s $30,000 fine stemmed from aggravating the situation and making inadvertent contact with a referee in the fourth quarter of the Kings’ 139-114 win over the Rockets.

Mathews, Monk and Eason were charged with technical fouls and sent off.

Green and Tate will serve out their suspensions on Sunday when the Rockets visit the Los Angeles Clippers.