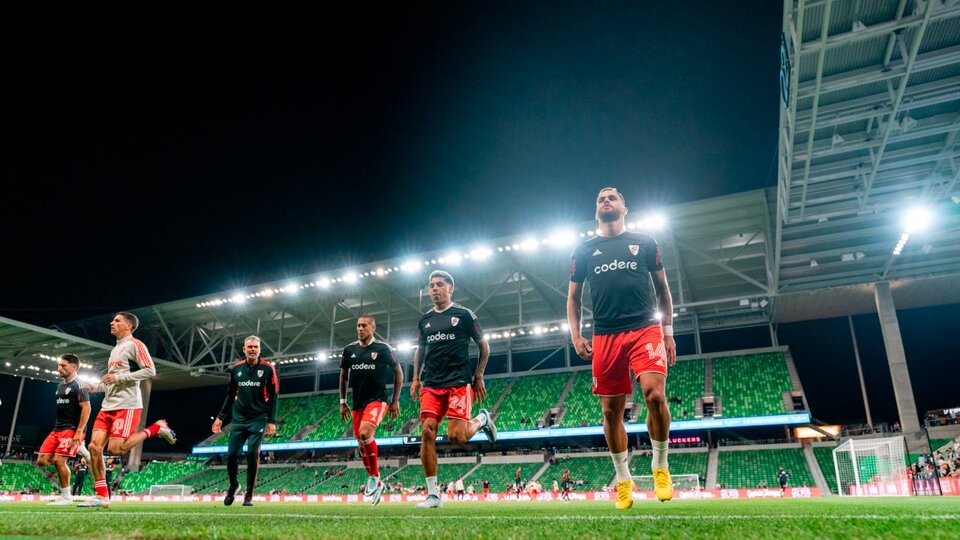 The River of Martín Demichelis will close this Tuesday his friendly tour of the United States when against Vasco da Gama of Brazilafter the triumphs against Monterrey of Mexico and Millonarios of Colombia.

The game will be played at the Exploria stadium in Orlando, starting at 9:30 p.m. (Argentine time) and can be seen on the Star+ platform.

The preparation of the Núñez club, judging by Demichelis, is “very good” so far, facing the debut for the local tournament against Central Córdoba de Santiago del Estero, as a visitor, on the next 28 from January.

In the first victories of the year, 1-0 to Monterrey with a goal from Lucas Beltrán and 2-0 to Millonarios with goals from Emanuel Mammana and Miguel Borja, from a penaltyRiver used different formations to test alternatives but it is expected that against Vasco da Gama Demichelis will use an eleven close to the “ideal”, with pillars such as Franco Armani, Enzo Pérez and Ignacio Fernández.

Until now, the DT he could not see the Uruguayan Nicolás De La Cruz and the striker Matías Suárez in action due to various physical problems.

Vasco, without his crack but with Orellano

For his part, Vasco da Gama comes from getting promoted to Brasileirao after finishing fourth in Serie B and putting an end to two years of hardship in the Second Division of his country.

The Rio de Janeiro team recently sold central midfielder Andrey Santos, 18-year-old mini crack and the team’s second goalscorer (8 goals in 33 games) in the promotion campaign that was bought by the Chelsea of ​​England in exchange for $13.5 million. On the other side, Vasco took the skillful Morenense attacker from Vélez Luca Orellanofor 4 million for 60% of the pass.

Vasco will also lack his striker, Raniel, who scored 10 goals in 32 Serie B games and returned to Santos after his loan ended. The most well-known face of the team is perhaps that of Nene, a very veteran 41-year-old hitchthe team’s third goalscorer in the promotion (7 goals in 33 games) and steps in Spanish and French football, standing out at PSG between 2010 and 2013 (48 goals in 112 games).

A curiosity in the Rio de Janeiro squad, Riquelme plays as a left back20-year-old Brazilian youth.

For Ponzio there is a squad to “fight everything”

Leonardo Ponzio, member of the Technical Secretariat of River After his retirement, he analyzed the present of the club and how the millionaire pass market continues.

“The squad has two or three players on all lines. Not having achieved results and titles last year, it is necessary for the kids to have the support and confidence they have at the moment. I feel that there is an entire squad to compete in the three tournaments when the Argentine Cup begins. Later, this is going to be day by day”, expressed the idol in dialogue with the program Monumental Tune.

“Martín Demichelis is getting to know the squad, he will have about 20 more days until the book of passes is finished. We are going to wait and see if at some point he has a matter to decide, if I don’t think we have a squad to fight for everything,” added the former midfielder.

Finally, Ponzio stated that he would love to be a professional player again, but he feels that this stage is closed: “Now closer to a preseason it makes you want to put on your boots, to be able to kick even if it’s at goal or to be able to do something, but I said that I had been anticipating my retirement for years. Today I am in another place, enjoying it. Being inside this house one has to enjoy every day. There are other responsibilities It’s nice to see from the outside what one was doing in there. I am very happy from the place that touches me”.