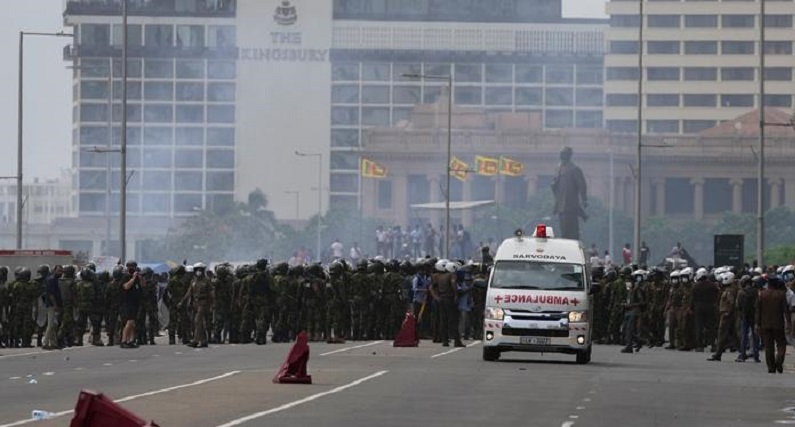 The Sri Lankan Ministry of Defense said in a statement that the government had ordered its armed forces to shoot down violent protesters to prevent riots in the country.

Following the orders, troops have been called in to the Sri Lankan capital and armored vehicles and heavy contingents of troops are deployed on the streets of Colombo.

It should be noted that the severe economic crisis in Sri Lanka has now taken the form of a political crisis and anti-government protests have been going on for several weeks.

Opposition parties have stated they will not run in the by-elections, but Prime Minister Mahinda Rajapaksa has resigned.

Eight people have been killed in violence in Sri Lanka since Tuesday, including a ruling party lawmaker and two policemen. The number of injured is 219 while 60 vehicles and 104 buildings were also set on fire.

President Gutabaya Rajapaksa on Wednesday appealed to the people to go through ethnic and religious divisions and remain peaceful.

In Davos, Ukraine calls for even more heavy weapons

Elections in Colombia: Iván Duque asks that they hire an external audit for this Sunday’s vote

Macron will talk by phone this Thursday with Erdogan on NATO