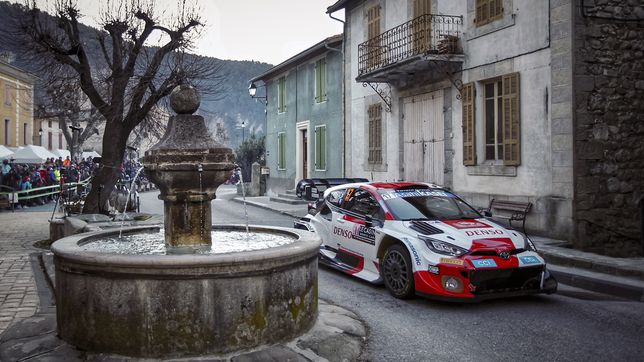 He is the king again. Sebastien Ogier has regained the throne in the Monte Carlo Rally by adding his ninth victory. He becomes the man with the most victories in the Principality, breaking a tie with his eternal rival and namesake, Loeb. The Frenchman, eight times world champion, dominated the event from start to finish and climbed back to the top of the most coveted podium in the World Championship. Dani Sordo finished seventh after a weekend in which he couldn’t find his rhythm.

Those who promised them happy with a possible final duel between Ogier and Kalle Rovanpera were left with the desire. Even though the Finn was only 16 seconds behind the Frenchman before the last stage, the local idol had everything under control. He has won 10 of the 18 stages held this weekend and has given his rivals no chance. He breaks the tie with Loeb, although they are still tied for World Cup victories, since Ogier added one in a year that he did not score points. “It’s huge,” he said at the end. “I love this rally, it is the one that gave me the dream from the beginning and I am very happy for Vincent: for me it is beautiful, but for him it is a dream to get his first victory. We still have to enjoy these moments and that’s why we’re still here, to get some wins like this. Winning a test like Monte Carlo is priceless”.

The Rovanpera’s second position is like a triumph, since Ogier is not going to follow the entire World Cup. Thierry Neuville avoided the Toyota treble and inserted his Hyundai on the podium, saving the furniture of the Korean team. Because a faded Dani Sordo hasn’t found his rhythm all weekend and finished in an unusual seventh position. “We had many problems with the hybrid”, explained the Spaniard after crossing the finish line, “but I am sure that the team did everything possible to give me the best car. I’m disappointed to have these little issues, but I’m sure they’ll find something and it won’t happen again.”

Next stop, Rally Sweden, from February 9 to 12. After an atypical Monte Carlo in which there has been almost no ice or snow, the black asphalt gives way to snow in the second round of this 2023 World Cup.