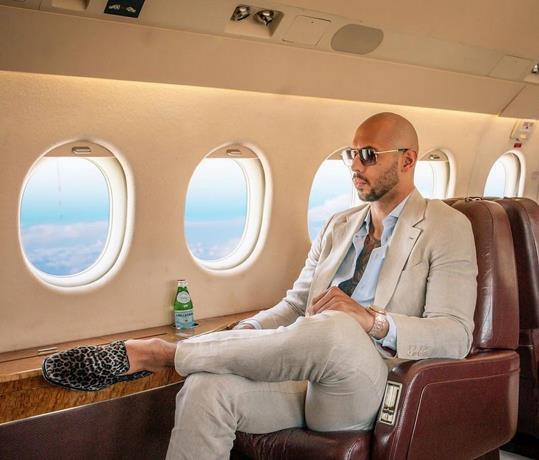 Romanian prosecutors announced new records on Thursday as part of the pimping investigation against controversial British-American influencer Andrew Tate,detained since the end of December.

"Seven warrants were issued against properties" in Bucharest and around the capital, according to a statement from the prosecutor’s office in charge of fighting organized crime (DIICOT).

Former kickboxer Andrew Tate and his brother Tristan, aged 36 and 34 respectively, are charged with "forming an organized criminal group, human trafficking and rape"accusations they deny.

Two of his relatives, of Romanian nationality, were also arrested on December 29, in the course of a vast operation carried out after several months of investigation.

The network, which has been operating since 2019, has recruited "several victims, including minors"for the purpose of sexual exploitation"the prosecution specified.

They were deceived by the two men who feigned feelings towards them, before being forced to prostitute themselves and produce pornographic films.

Prosecutors explain that they identified "profiles created on websites to attract potential customers".

"Apartments have also been rented" in the center of Bucharest and in Constanta, on the shores of the Black Sea.

Sixteen telephones and computer equipment "for video chat activities" They were found in the raided premises on Thursday.

Investigators also examine multiple trips to Switzerland, Germany, France, the United Kingdom and the United Arab Emirates, during which the victims were forced into prostitution.

The members of the group collected the money through bank transfers or in cash.

Since the end of December, numerous assets belonging to the Tates have been seized and sealed, including a collection of luxury cars.

The two brothers appeared before the Bucharest court on Tuesday to try to obtain their release, but their request was rejected, as the judges invoked the "flight risk" and the "danger to public order".